The Spartans remain second on the log behind crosstown rivals and leaders Mamelodi Sundowns, who lead them by two points and have played four games less. 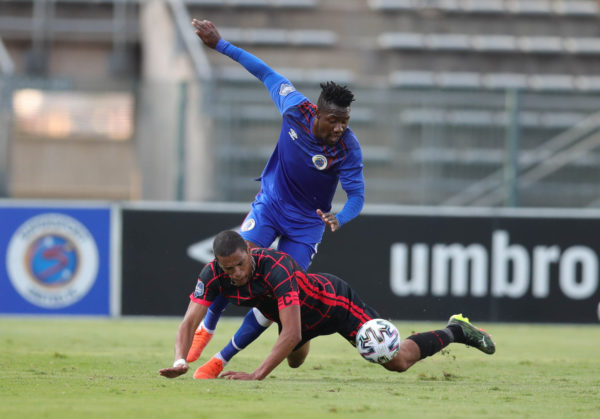 SuperSport United still remain the joint highest scoring team in the DStv Premiership with 28 goals together with Cape Town City but of late, they have not been having much joy in front of goal as they were held to a goalless draw by TS Galaxy on Friday evening at the Lucas Moripe Stadium.

Matsatsantsa A Pitori played without both of their most potent strikers, Bradley Grobler and Thamsanqa Gabuza, for the first time this season as the likes of Iqraam Ryners, Evans Rusike and Kudakwashe Mahachi were trusted with leading SuperSport’s attack but they failed to get the job done.

Galaxy’s captain, Bevan Fransman was the biggest difference between the two sides as he made his experience count, making sure that United’s strike force was silenced throughout the game.

Sphiwe Mahlangu probably did not sweat enough after coming on from the bench to get a red card just seven minutes after being introduced. Mahlangu was given a straight red card by referee Victor Hlungwani for what he deemed as a dangerous tackle from behind on Sipho Mbule.

In his attempt to win the ball, Mahlangu lashed onto the back of Mbule’s foot all the way from just below the knee to the ankle.

Owen Da Gama then moved swiftly to try and fill the void as he sacrificed veteran attacker Lindokuhle Mbatha and brought on the more defensive minded Gaona Modisane. On the opposite end, SuperSport head coach Kaitano Tembo threw in Gamphani Lungu in the closing five minutes of regulation time and he recalled midfielder Lucky Mohomi, who had come on the bench in place of Jamie Webber in the 71st minutes.

Understandably, Mohomi cut a frustrated figure as he walked past the technical area without any acknowledgement of the technical team and went straight down the tunnel instead of the stands where the substitutes are stationed.

The Spartans remain second on the log behind crosstown rivals and leaders Mamelodi Sundowns, who have two points better than United and have played four games less.