Bafana coach Molefe Ntseki included the 29-year old in his squad for the Caf Afcon qualifiers against Ghana and Sudan later this month. 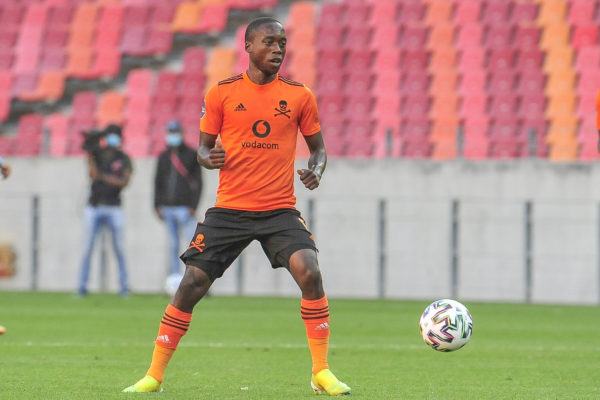 ALSO READ: Pirates move up to second after convincing victory over Chippa

The midfielder has been overlooked for the national team selection for some time now, this, is despite his consistent performances over the years starting from Bidvest Wits up until he joined the Buccaneers.

Bafana coach Molefi Ntseki included the 29-year old in his squad for the Caf Afcon qualifiers against Ghana and Sudan last week.

The last time Motshwari was with the national team was when back then coach Stuart Baxter named him in his 30-man provincial squad for the Caf Africa Cup of Nations in Egypt two years ago.

However, Motshwari didn’t make the final squad as he was left behind when Bafana left for the continental competition.

The midfielder scored for the Buccaneers in their recent 3-0 victory over Chippa United in a league match and Zinnbauer hopes that goal will motivate him to do well.

“Firstly I’m happy for him for getting the national team call up, he deserves it. He played very well last week and congratulations to him. I think this will motivate him – scoring directly after being selected for the squad. I’m just happy about this,” said Zinnbauer.

Bafana are set to play Ghana on March 25th at the FNB Stadium, before traveling to Sudan to lock horns with the Falcons of Jediane three days later at the El Hilal Stadium.

Bafana have played four games in the qualifiers, registering three wins and one draw. They are currently in second place in Group C with nine points, level with first placed Ghana who are on top of the mini log due to a better goal difference.

A win against the Black Stars will be vital for the South African senior national men’s team in their quest to extend their chances of qualifying for the continental tournament for the second time in a row.