Sundowns’ Affonso opens up about his year on the sidelines

'The year was difficult and very long for me,' said the Masandawana striker. 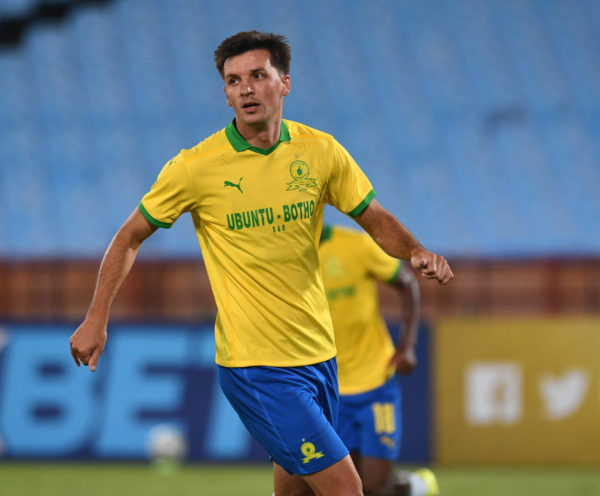 Mauricio Affonso is back to full fitness at Sundowns after a long lay-off. Picture: Sydney Mahlangu/BackpagePix

Mamelodi Sundowns must be delighted to have striker Mauricio Affonso available for Sunday’s DStv Premiership game at home to Black Leopards, especially with Kermit Erasmus out injured, and Peter Shalulile suspended for the game at Loftus Stadium.

Affonso was out of action for a whole year, nursing a series of injuries and he reveals how eager he is to hit the ground running.

The Uruguayan striker’s best contribution so far was when he scored a brace in the 2019 Telkom Knockout final against Maritzburg United, to help Downs claim the first of their three trophies last season.

“The year was difficult and very long for me, I have never had to live through this situation of having to recover from such a long and annoying injury,” Affonso told the club’s website.

“It was clear in my head that I had to play again because soccer is my passion and that was my goal. It was not easy at all, I was fighting with this setback day by day, sometimes I was feeling better and sometimes I did not. I also had the help of a sports psychologist which helped a lot. Today I can say that I achieved it and I am back on a soccer field” he added.

His coaches gave him 22 minutes in both of Sundowns’ last games against Democratic Republic of Congo side TP Mazembe in the Caf Champions League and Stellenbosch in the DStv Premiership. The tall forward could be given more game time against Leopards, as Masandawana seeks to extend their unbeaten run to 26 games across all competitions.

“I hope I can contribute my part, I know that it will take me a while to get back to my best level but I will continue working daily to be better so I can be able to help the team achieve the objectives of the season. The truth is I am very happy, I was very eager to return and be able to help the team by contributing my part. I felt great satisfaction to be able to play again after a year,” he added.