Ntseki – I have failed as Bafana coach

"The success of the team is my success and in failure it starts with me," admitted the Bafana head coach. 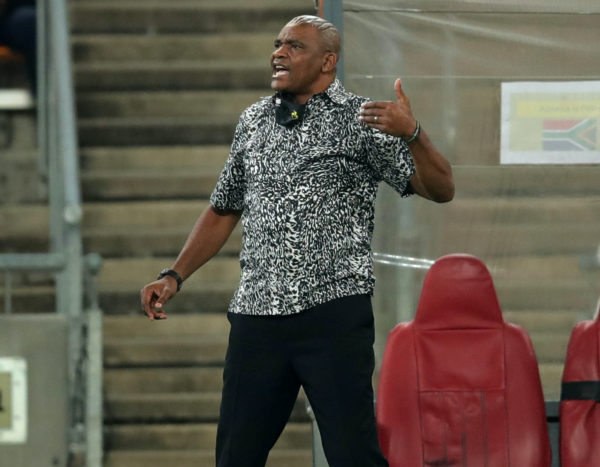 Molefi Ntseki has taken responsibility for Bafana's failure to qualify for the Africa Cup of Nations. Picture: Samuel Shivambu/BackpagePix.

Bafana lost 2-0 to Sudan in Omdurman on Sunday, slipping to third in Group C, behind Sudan and group winners Ghana, meaning they will not play at the finals in Cameroon, and surely putting Ntseki’s own job in the balance.

The embarrassment was particularly acute given that South Africa went into this game needed only a point to qualify, and given that the finals have been increased to 24 participants since 2019, making it easier than ever to make it.

Ntseki also admitted that the South African Football Association had mandated him to qualifying for the Afcon finals.

“As Safa, the objective is very clear, to see the team qualifying for every continental and world tournament to put Bafana on the map again in terms of the type of football we play and the results we get,” said Ntseki.

“My disappointment is huge, for my personal growth and my achievements as coach of Bafana. The success of the team is my success and in failure it starts with me to say I have failed as a coach.”

Bafana were behind as early as the third minute against Sudan, and Ntseki pointed at their poor start in Omdurman as key to their defeat. He also noted the problems of securing overseas-based players in the face of the Covid-19 pandemic, and to injuries picked up by the likes of Andile Jali and Rivaldo Coetzee, who could not feature against Sudan.

“We started on the wrong foot by conceding early,” he said.

“Even before the game we started with the point we needed in the bag, but we allowed Sudan to take out that point and they ended up taking maximum points. It was a big setback to concede two goals in the first half.

“We need to be honest with ourselves in terms of the challenges coming into the Ghana and Sudan games, because of Covid we could not get our regular players, and with the players who we brought in that did well against Ghana, we were looking forward to having those players against Sudan, and they were recused from the team because of injury.”