“They welcomed me with warm hearts and hands,” said the former Bafana Bafana midfielder. 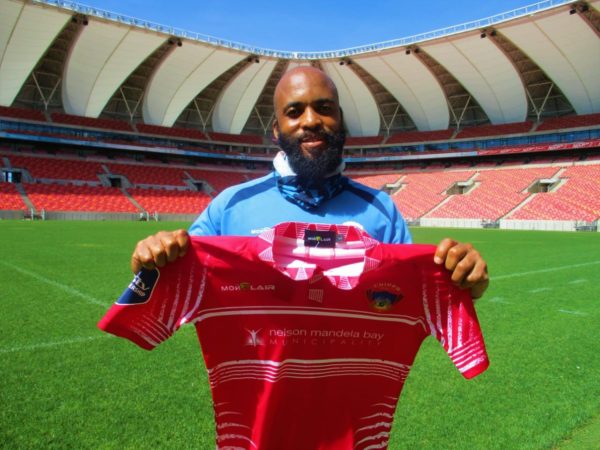 Chippa United have announced the signing of seasoned midfielder Oupa Manyisa as a free agent.

The former Orlando Pirates and Mamelodi Sundowns midfielder had signed a short term contract with the Chilli Boys which will see him work with coach Dan Malesela until the end of the season.

The move also puts to an end Manyisa’s state of limbo, after he joined TTM at the start of this season, but ended up never playing for them, and was released by the Limpopo side in November. Manyisa ended up taking TTM to the PSL’s Dispute Resolution Chamber over a breach of contract.

United are looking to climb the DStv Premiership table as they currently sit in 13th position, tied on points with Maritzburg United. Malesela believes his side can finish higher up the standings, based on the experienced players he had in his side.

“I am elated to have the player of Oupa’s talent and experience joining us … he will play an integral role in this team as we head to the last stretch of the season, with the league and the Nedbank Cup. We do have a tough schedule, with back-to-back fixtures and we are aiming at finishing strong in our remaining matches,” said Malesela in a club statement after Manyisa had trained with the team.

“With captain Andile Mbenyane also still recovering from his groin injury, Oupa will provide the experience that this team needs alongside the likes of Anthony Laffor, Freddy Nsambiyumva and Kurt Lentjies are able to provide.”

Manyisa says it won’t be difficult to fit into the squad since he knows half of the players in the squad having played in the top tier for over 10 years.

“I am happy to be here, I want to thank God and the Chippa United family and the chairman for giving me an opportunity to come and play here and represent Chippa United,” said the midfielder after joining the team.

“I will do my best to help the guy achieve the goal set by the chairman. I am pretty excited because it has been a lot time without playing football but I am gelling very well because I know most of the guys and I have played with some of them and I played against some. They welcomed me with warm hearts and hands and I am happy.”