Ntseki was apparently asked to resign last night in order for him to bow out with some dignity, but the coach refused to step down. 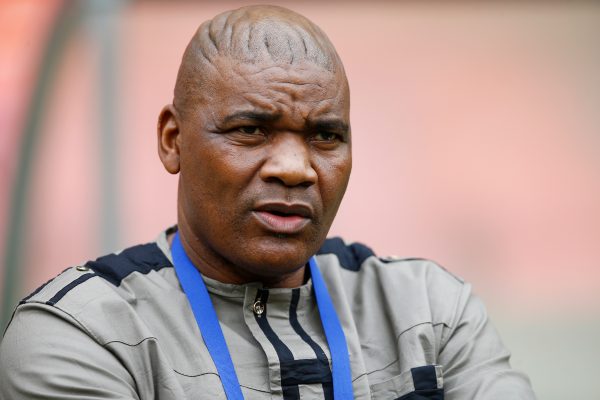 Word coming out of the Safa House corridors is that the association is set to terminate the contract of Bafana Bafana coach Molefi Ntseki.

This is after Bafana Bafana failed to qualify for next year’s Africa Cup of Nations (Afcon) tournament in Cameroon.

According to a source, Ntseki has been made the fall guy for the failed campaign by the “embarrassed” Safa leadership.

“The Safa leadership feels that Ntseki not only embarrassed them for failing to qualify for the Afcon, he also embarrassed new Caf president Patrice Motsepe who will be forced to watch other countries compete at the tournament next year, because Bafana have failed to qualify,” said the source.

The source further revealed that Ntseki was asked to resign last night in order for him to bow out with some dignity, but the coach refused to step down.

“They asked him to step down, but he said ‘No’. The national executive committee then sat down and decided he must be fired. The press conference that was called by Safa for today at noon is to announce Ntseki’s axing,” added the source.

Ntseki admitted earlier that Safa had mandated him to qualifying for the Afcon finals and he failed.

“As Safa, the objective is very clear, to see the team qualifying for every continental and world tournament to put Bafana on the map again in terms of the type of football we play and the results we get,” said Ntseki.

“My disappointment is huge, for my personal growth and my achievements as coach of Bafana. The success of the team is my success and in failure it starts with me to say I have failed as a coach.”

Safa have called a press conference today where the association’s president Danny Jordaan is expected to apologise to the nation for Bafana’s failure to qualify for the Afcon and also to to try and explain what went wrong in their qualifying campaign.

Meanwhile, the names of Benni McCarthy and Eric Tinkler have been mentioned as possible replacements should the axe fall on Ntseki today.