"We will have to have a go at them, and win," said Ngcobo ahead of their Caf Champions League clash against Wydad on Saturday. 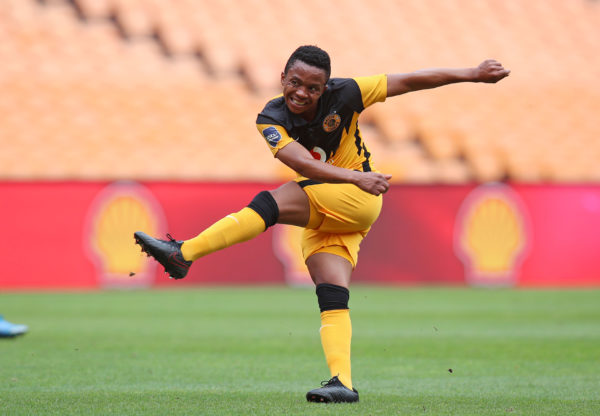 Kaizer Chiefs youngster, Nkosingiphile Ngcobo is excited at the prospect of making the cut for the national Under 23 team who will be picked for the Olympic Games in Japan in July.

Having been invited to the training camp that was held in Durban during the international break, the 20-year-old is confident of having caught the eyes of David Notoane who mentors the side.

“I was with the national Under 23 side and we had a good time there preparing and now I know that I have a chance to go the Olympics, I just need to work hard,” he said of the experience in Durban.

Ngcobo has become a big part of Gavin Hunt’s team and has enjoyed being the side’s playmaker – a position he has  played well considering his lack of experience.

“I am improving with every game, I just need to stay focused and make sure that I work on the small weaknesses. Also make sure that I get my strengths sharper so I can always be able to help the team.”

He wasn’t as instrumental as it would be expected in Amakhosi’s win over Orlando Pirates in their last game. He is however happy that they got a win which he believes was the turning point they’d been looking for.

“It was not an easy game, but it was a nice game and we are happy that we managed to get three points. It will also boost our confidence and momentum going forward, and now we have to keep the same spirit,” he said.

Chiefs will definitely need all the confidence when they host Wydad Athletic in their penultimate Caf Champions League group stages fixture at FNB Stadium on Saturday evening. Amakhosi are third in Group C, equal on points with second-placed Horoya on five while Wydad top the group.

“They are obviously a good team, but we just have to make sure that we prepare very well. I am confident that beat them. I think the difference is that they capitalised on the chances they had, and the mistakes that we committed.

“We still have a big chance, we just have to win the two games that we are left with and we will be fine. I think they will be careful in their play, they won’t come all put because they are not home. We will have to have a go at them, and win.

“The spirits are high in the team. We know that we can win the games that are left. We just have to be confident and keep pushing,” said Ngcobo.