Motlanthe sees ‘no problem’ with Safa after Ntseki’s sacking

Molefi Ntseki was axed as Bafana coach following the country’s failure to qualify for the 2022 Afcon tournament. 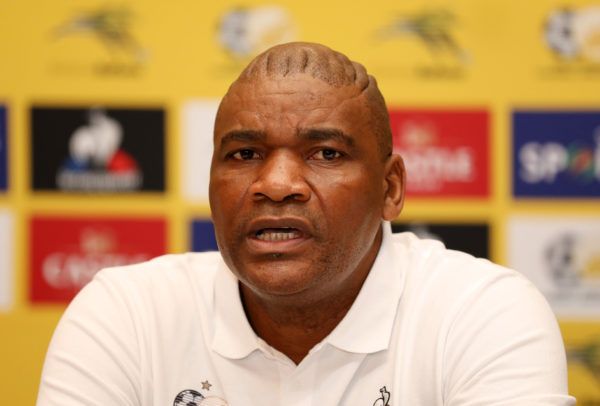 South African Football Association (Safa) CEO Tebogo Motlanthe said there was no problem with the organisation after yet another Bafana Bafana coach was fired on Wednesday.

ALSO READ: Five reasons you would be mad to take the Bafana Bafana job

Molefi Ntseki was axed as Bafana coach following the country’s failure to qualify for the 2022 AFCON tournament.

South African Football Association (Safa) CEO Tebogo Motlanthe said there was no problem with the organisation after yet another Bafana Bafana coach, this time Molefi Ntseki , was fired for failing to qualify for the Africa Cup of Nations (Afcon) in Cameroon next year.

Motlanthe and NEC member Jack Maluleka, who also chairs Safa’s technical committee that voted to axe Ntseki on Tuesday, announced the decision on Ntseki’s firing at Safa House in Nasrec, Johannesburg, on Wednesday.

Motlanthe was grilled by media on whether there was a structural and fundamental problem at Safa that contributed to the national team’s demise.

“There will be a report received from the coach and we’ll take the lessons from there,” said Motlanthe.

“Going forward, the technical committee with then decide how we go.

“But one would not say there is a problem. Out of 54 countries, 24 countries have qualified and 20 have not.

“That does not mean there is a problem. Yes, there is disappointment that we did not qualify but we should not make that a problem.

“It means there are things, processes, which need to be relooked at. The technical committee will make the recommendation to the NEC in line with the report that they will receive [from Ntseki].

“We understand there is disappointment for everyone. One might say there is a decline [at Safa] but there are certain areas where there are improvements.

“You don’t want to pick issues and leave others.”

Ntseki lasted just 20 months after replacing Stuart Baxter, who quit the position shortly after coming back from the last AFCON tournament in 2019 where Bafana exceeded expectations by reaching the quarterfinals and defeating hosts Egypt in the knockout stages.

Maluleka said the Safa technical committee had not yet deliberated on the pursuit of Ntseki’s successor as parting terms with Ntseki were still being negotiated.