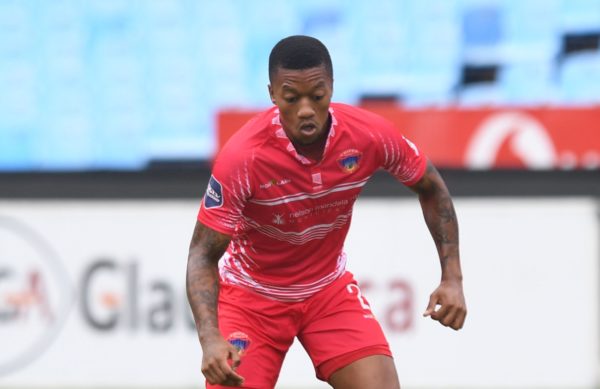 Chippa United will be aiming for maximum points when they head into their DStv Premiership clash with Maritzburg United at the Harry Gwala Stadium on Saturday, says defender Ayabulela Konqobe.

The Team of Choice have always proved to be a tough nut to crack when playing at home and Konqobe knows that they will have to dig deep in their quest to collect all the points on the day.

“I think it’s going to be a tough game, obviously we know that Maritzburg has been doing well in their home ground, they only lost a couple of games. But I believe us as a team we have been more focused on ourselves working together and pushing very hard. So, I think it will be a tough game but we need results. We need to win, so everyone in the camp knows what to do,” said the defender.

“We have been working a lot on our defending, I think that’s what has been killing us. Starting the game pretty well (and ending up losing concentration), we’ve also had bad starts. But as I said, we have been working on all our weaknesses, this is going to be a good tough game.”

Both Chippa and Maritzburg are level on 17 points, occupying 13th and 14th spot respectively on the log, but the Chilli Boys have played 20 games, while Maritzburg have played 19 matches.

Going into this match, Dan Malesela’s Chippa might unleash their new signing Oupa Manyisa, the former Orlando Pirates and Mamelodi Sundowns midfielder. The experienced Manyisa was announced as the club’s new signing during midweek to help boost their squad for the rest of the season.