'He is so talented and can read the game so well,' said his former coach Simo Dladla. 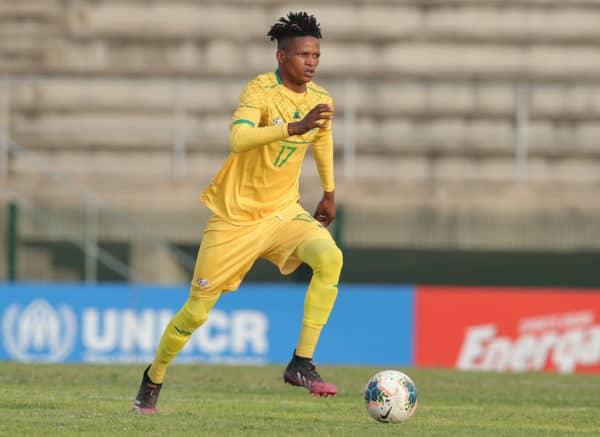 Kaizer Chiefs have announced defender Austin Dube as one of their new players as they continue rebuilding their team ahead of the new season. The 28-year-old Dube was with Richards Bay last season but caught the attention of Amakhosi while he was at TS Galaxy.

He was a member of the TS Galaxy team who beat Chiefs in the Nedbank Cup final in 2019 and the Soweto giants have been keeping a keen eye on him since then. Dube joins Amakhosi on a three-year deal with an option to extend for a further two years.

Phakaaathi has previously reported on Dube’s prospective move to Chiefs, and it was officially announced on Tuesday, afternoon after he returned from national team duties. Dube had been part of the Bafana Bafana side that won the Cosafa Cup.

Coincidentally, he played alongside his new Chiefs teammate, Njabulo Ngcobo at Bafana during the tournament in Gqeberha.

Dube’s former coach Simo Dladla has backed him to be a success at Amakhosi, saying his ability to read the game and keep a calm head are his biggest advantages.

“It made my job easy, because he is so talented and can read the game so well. He is very articulate in his duties and does them with a sense of calm which inspires confidence in his teammates. I don’t doubt that whoever signs him will have gained a good player,” said Dladla, before Dube was confirmed by Amakhosi.

“The other good thing with him is that he has a big heart and is good in the air. He is an asset when you are defending set pieces and when you get attacking set pieces. He can also take the free kicks and has a good accurate shot,” said Dladla.