'I am happy that we managed to win the trophy because as players we had the responsibility to do well for the country,' said De Reuck. 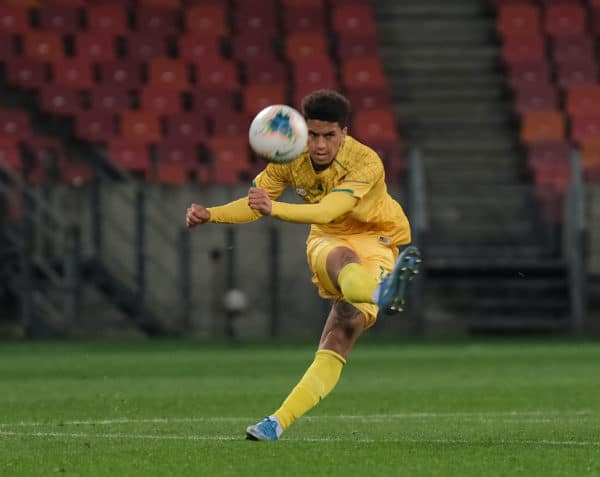 Rushine De Reuck might be tired but he wouldn't have it any other way, after lifting the Cosafa Cup with Bafana Bafana. Picture: Michael Sheehan/Gallo Images.

Mamelodi Sundowns defender Rushine De Reuck has put plenty of mileage in his legs of late.

ALSO READ: Five players who raised their hands for Bafana at the Cosafa Cup

As well as playing a part in a Sundowns season that saw them win the DStv Premiership again, and compete in the Caf Champions League, where they reached the last eight, De Reuck then played a starring role as Bafana Bafana won the Cosafa Cup this month.

Bafana edged guest nation Senegal this past Sunday, beating them 5-4 on penalties after a goalless encounter at the Nelson Mandela Bay Stadium. De Reuck is back with Masandawana and – albeit quite fatigued – is beaming with pride after representing the nation.

“Obviously I am tired, I am not going to lie, but it was worthwhile for me because we won the trophy,” said De Reuck, who hardly caught his breath, and is now in the thick of pre-season preparations.

“After we won the league I spent a few days at home and then went straight to Bafana. It wasn’t easy but as footballers, you want to be part of the environment and be part of the national team so you can’t complain.

“I am happy that we managed to win the trophy because as players we had the responsibility to do well for the country … it is clear that it is not in a good state. The winning mentality starts at Sundowns and I feel like we took that to the national team,” he said.

Bafana, remarkably, kept half-a-dozen clean sheets, all of which De Reuck featured in. While Goalkeeper of the Tournament, Veli Mothwa, was captaining the ship, De Reuck was tasked with marshalling the defence and carrying out instructions.

“I was new in the national team and I am embracing the new role of being vice-captain and I’ve done quite well because I needed to be a leader and lead from the back. We’ve kept six clean sheets and I am very happy about that. As players we knew the responsibility that we have and we knew how many people were watching Bafana, so we knew that we needed to perform really well to make the people of South Africa proud,” added the 25-year-old.