The German coach says the team is very well balanced and will help the champion coach to manage the team well. 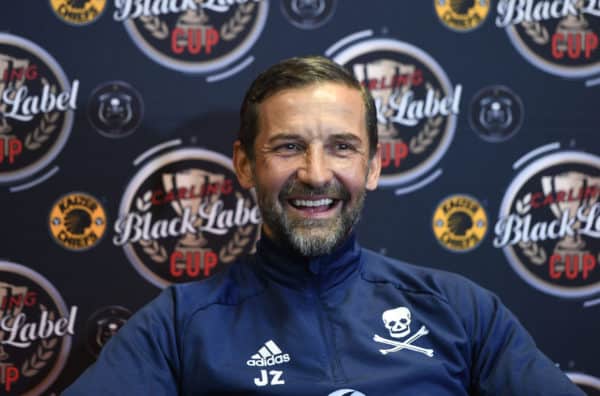 The German coach says the team is very well balanced and will help the champion coach to manage the team well.

The Buccaneers are set to face rivals Kaizer Chiefs in the pre-season Carling Cup game at the Orlando Stadium on Sunday.

“Congratulations to the fans, they made a really good team for us. I’m very happy about it. It’s. It seven defenders thus time around, we have offensive players to give our champion coach a little if a structure. It is very important for a coach to have information. It’s a fantastic idea (the Carling Cup Champion coach) to have a fan as a coach,” said Zinnbauer.

Looking at the line-up which is set to be announced on Wednesday night, striker Zakhele Lepasa is doubtful for the match with the player yet to be fully recovered from an ankle injury he sustained last year.

The striker is one of the leading players in the Orlando Pirates team in terms of votes, along with Gabadinho Mhango and Ghanaian goalkeeper Richard Ofori.

Lepasa managed to play over 20 games last season and went on to score eight goals. The 26-year old was sitting out in the Bucs training on Thursday, with the team still in camp at the Royal Marang, in Rusterburg.

With Lepasa doubtful for the match, another striker with most votes in the substitution list is set to replace him.

The Carling Black Label Cup returns this year after it was cancelled due to the coronavirus pandemic last year.

Since the inception of the competition in 2011, Pirates have lifted the trophy more,  with five tittles under their belt.

Will off-the-field issues hinder Pirates' chances of beating Sundowns?
10 hours ago
10 hours ago

Will off-the-field issues hinder Pirates' chances of beating Sundowns?
10 hours ago
10 hours ago