The five goalkeepers currently in the Orlando Pirates training camp 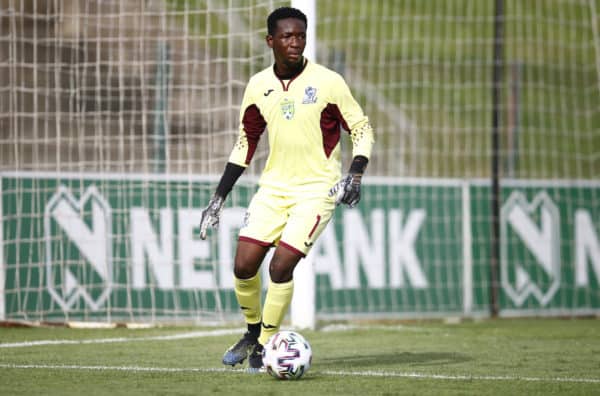 Orlando Pirates’ pre-season training has included five goalkeepers, who are currently in camp with the club at the Royal Marang Sports complex in Rustenburg.

The Buccaneers have been in the North West for about two weeks now, as they prepare for the 2021/22 season.

On Sunday, they will play in the Carling Black Label Cup against Kaizer Chiefs at Orlando Stadium.

Richard Ofori, Wayne Sandilands, Siyabonga Mpontshane, Elson Sithole and Kopano Thuntsane will all be fighting for a place in the Bucs starting line-up.

Sithole and Thuntsane graduated from the Buccaneers, with Thuntsane having spent last season on loan at Bizana Pondo Chiefs, who were campaigning in the GladAfrica Championship.

“If you train every training session and goalkeeping session at the highest level, they players should adapt quickly to my way of working, the way I try to improve the goalkeepers,” Woudenberg told Pirates media.

The appointment of Woudenberg comes after the club had spent some time without mentor in that position, which saw Sandilands doubling up as a player and a coach.

The club also faced a goalkeeping crisis last season, after injuries to Ofori and Mpontshane left them with Sandilands as the only experienced shot-stopper, with Thuntsane being called up to back him up in the DStv Premiership games.