Some have succeeded at both clubs, and some have only really hit the heights at one. 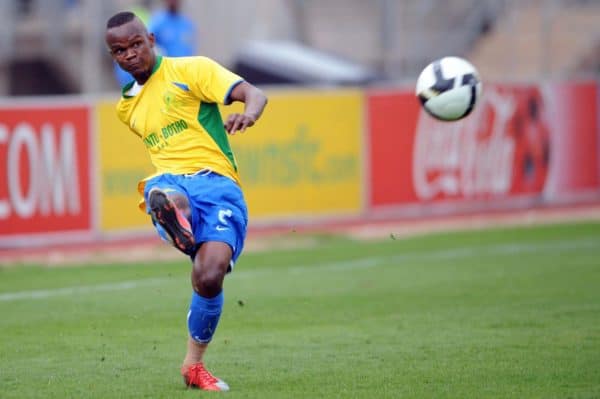 ATTERIDGEVILLE, SOUTH AFRICA - MAY 09, Siboniso Gaxa during the Absa Premiership match between Mamelodi Sundowns and Ajax Cape Town from Super Stadium on 09 May 2009 in Atteridgeville, South Africa. Photo by Lee Warren / Gallo Images

Keagan Dolly’s transfer to Kaizer Chiefs this week means that the ‘CBD’ of Leonardo Castro, Khama Billiat and Dolly have been reunited at Amakhosi after performing so well at Mamelodi Sundowns some five or so years ago.

ALSO READ: Is Kaizer Chiefs’ CBD still strong or is it crumbling at the seams?

There are many players from Choorklop who have made the trip to Naturena, with mixed results. Phakaaathi takes a look at four other players, past and present, who have donned the colours of both Masandawana and Amakhosi

Perhaps the most consistent in his performances for both sides, Dladla spent about five years with Sundowns before jumping ship to Chiefs, where he made over 100 appearances for Amakhosi in some seven years. Dladla was a mainstay in Chiefs’ success, as he collected five gold medals, one being the league. While he was a darling at Sundowns, having won the league back-to-back, and was in the last Sundowns side that won the MTN8 – in 2007 – he probably goes down more as a Chiefs legend than a Sundowns one.

“Killer”, as he was popularly known for his deadliness in front of goal, was a star player at Sundowns between 2008 and 2014, becoming one of the host of stars lured to the side during Patrice Motsepe’s early years of his reign as the club’s president as he now heads the mother body of African football, Caf, as its president. “Killer” made over 115 appearances for the Brazilians, and netted close to 50 goals, making himself a household name in the Premier Soccer League. However, he was not the same well-oiled machine when he arrived at Chiefs in 2014 as he struggled to get on the pitch as much as he would’ve liked to. He stayed at Naturena for just one season.

His case is quite an unfortunate one as he left Sundowns in the middle of the 2016 Champions League season where Sundowns went on to win it in Egypt against Zamalek. He joined Chiefs on the ticket of wanting to win more titles and since he left the Brazilians, Sundowns have lifted nine titles while he has nothing to show for his close to five-year stay at Chiefs. He had a chance to get his hands on the trophy earlier this month against a coach who massively believed in him as he was his captain at Sundowns – Pitso Mosimane – but Jingles’ Al-Ahly proved to be too strong for Amakhosi in the Champions League final.

“Pa” is one the few players who did not make a direct move from Sundowns to Chiefs, as he left Masandawana in 2010 to join Belgian side Lierse. He came back after two years and joined Chiefs, winning the league and a couple of other titles. He is on the shortlist of players, as is Mphela, who have represented both Tshwane sides in Sundowns and SuperSport, together with Chiefs.

Other players who have moved between Chiefs and Sundowns include Brian Baloyi, David Kannemeyer, Jose Torrealba, Derrick Spencer and more recently, George Lebese and George Maluleka.