Lorch was put through on goals by Deon Hotto in the 67th minute, but his goal-bound shot was saved by Chiefs goalkeeper Itumeleng Khune. 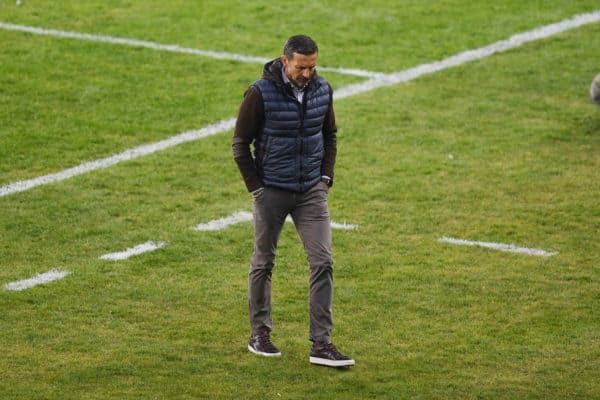 Orlando Pirates coach Josef Zinnbauer believes that the Buccaneers could have won their Carling Black Label Cup match against Kaizer Chiefs in regulation time had Thembinkosi Lorch converted his chance in the second half.

Lorch was put through on goals by Deon Hotto in the 67th minute, but his goal-bound shot was saved by Chiefs goalkeeper Itumeleng Khune.

Pirates went on to lose the match 4-3 on the penalty shootout at the Orlando Stadium on Sunday evening.

“It was a good game from both teams,” Zinnbauer told SuperSport TV.

“We got good information. I think we had good opportunities to score, especially in the second half. He (Lorch) has to score and then I think the game is done.

“But then we had a good save from Ofori. To lose in penalties is always difficult. It’s a final. You have to win the final but I think the performance was good for this moment. It was a good performance from both teams,” added the German coach.

Chiefs had a great chance to take the lead in the 74th minute when they were awarded a penalty when Ntsikelelo Nyauza handled the ball inside the penalty area. Richard Ofori did well to deny Daniel Cardoso from the spot kick.

“We had good build-up. We had better chances than Chiefs. It was a good performance. We needed the goal. This is always the problem in football.

“At the moment we have a good mood in the team. We are finding more and more structure. It was good to see us with the ball. Not our best, but it’s normal for this time,” commented the Pirates mentor.