November date for Chiefs and Pirates in Premiership Soweto derby

Chiefs will play Sundowns in the MTN8 on August 14 and in the league on September 15. 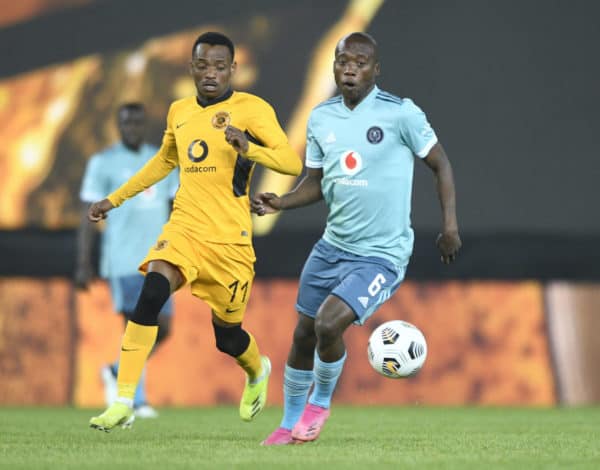 Orlando Pirates and Kaizer Chiefs will play their first DStv Premiership Soweto derby of the season on November 6, according to fixtures released yesterday by the Premier Soccer League.

The PSL finally released all their fixtures less than two weeks before the start of the 2021/22 campaign, which will begin on August 14 with the MTN8 quarterfinals.

There is still a chance that Chiefs and Pirates could meet in the MTN8, Amakhosi having snuck into the top eight on the last day of last season, to set up a meeting with Mamelodi Sundowns in the MTN8 quarters.

If they don’t, however, Pirates’ first chance for revenge over Chiefs for Sunday’s Carling Black Label Cup defeat will come on November 6 in the first round of the Premiership.

The second DStv Premiership Soweto derby of the season is set for March 5, 2022.

Fans will no doubt hope that by then they will be able to attend matches, but as it stands all games for next season are set to continue behind closed doors.

On the opening weekend of the Premiership season, meanwhile, indeed in the first game of the entire campaign on Friday August 20, Sundowns, last season’s champions will host Benni McCarthy’s AmaZulu, the surprise runners up in the top flight in the 2020/21 campaign.

On August 21, Pirates are at home to Stellenbosch, and the following day, Chiefs are at TS Galaxy, the side they pipped into the top eight last season.

Premiership newbies Sekhukhune, meanwhile, will play on August 21 at home to Chippa United, who survived last season in the relegation play-offs and will have loftier ambitions for the new season under head coach Gavin Hunt.

Chiefs and Sundowns will meet twice in about a month, as following their MTN8 quarterfinal, they are scheduled to face off in the DStv Premiership on September 15.