The 23-year-old midfield maestro has been heavily linked with Amakhosi and has their supporters biting their nails in anticipation. 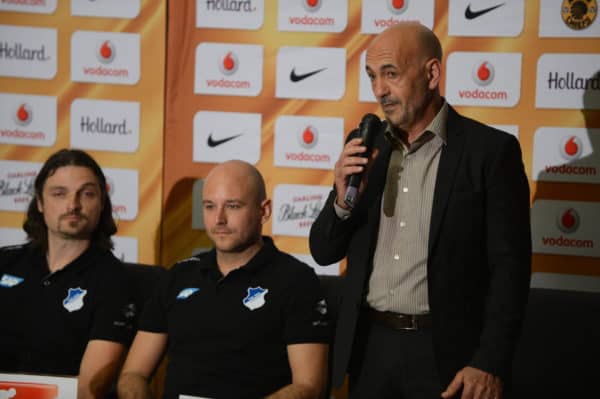 Kaizer Chiefs fans must have gone to bed in a happy mood on Wednesday night following reports that the club had reached an agreement with SuperSport United for Sipho Mbule.

ALSO READ: Kaizer Chiefs to know this week if they will get Mbule

The 23-year-old midfield maestro has been heavily linked with Amakhosi and has their supporters biting their nails in anticipation.

Phakaaathi reported on Monday that Chiefs would have a clear indication on whether or not they are getting the player or not this week.

But his agent, Mike Makaab of ProSport International has denied that Mbule is close to signing with Chiefs, let alone another DStv Premiership side, saying Mbule remains a SuperSport player.

“Sipho Mbule is contracted to SuperSport United on a long term contract,” said Makaab in a video message posted by KwaZulu-Natal based radio station Gagasi FM on Twitter.

“And out of absolute respect and honouring a football contract, in the right way, any team who are interested in his services have to agree on transfer terms with SuperSport United.

“Only then can we as an agency and Sipho’s representatives step in. So, I can categorically state that as we sit here now, there is no deal close to being finalised with any football club for Sipho Mbule,” stated Makaab.

Mbule’s future has been a subject of speculation since SuperSport admitted that they would be interested in listening to offers for some of their players. Amakhosi have emerged as favourites to land the midfielder.

According to reports, the player is also more keen on joining the Naturena side than Mamelodi Sundowns who are said to also be interested. SuperSport coach, Kaitano Tembo has also expressed his annoyance at the ongoing rumours around some of his players saying it is a distraction.

There have however been reports that suggested that the only thing standing in the way of Mbule moving to Chiefs was the staggering fee that Matsatsantsa have demanded which is said to be no less than R15-million.