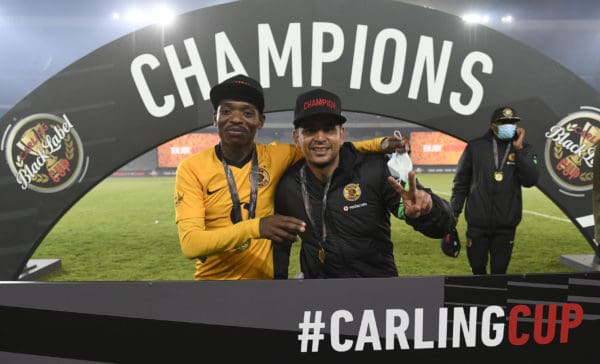 It often happens when a player is out of action for some time they tend to gain some weight, and such is the situation for Kaizer Chiefs new recruit Keagan Dolly, with head coach Stuart Baxter admitting that it is going to take some time before the midfielder gets back to full shape.

ALSO READ: Sekgota not letting happiness around his Chiefs debut cloud him

Dolly, who moved to Chiefs ahead of the new season after more than three years playing for Montpelier in France, could not feature for Chiefs when they took on Orlando Pirates in the Carling Black Label Cup this past weekend.

Baxter added that while the 28-year-old Dolly will be working on getting back to full fitness, he will also be able to adapt to the Glamour Boys style of play and he likes him.

“In the meantime, while he is doing that, he’s going to learn how we play. Keagan will be a better way, but if the players are playing like that, they are putting their hand up to say well Keagan when you are fit you have to throw your hat in the ring for a place.

“So Keagan is going to take a while. But, I like Keagan Dolly as a player and when he is fit, he will give us another dimension.”

The 2013/14 Premier Soccer League (PSL) Young Player of the Season recipient joins Chiefs, with the club on a quest to rebuild a new squad having parted ways with a number of players and adding a number of young players, including those from the club’s development side.