'I don't think he can play more than 20-30 minutes,' said the Chiefs head coach. 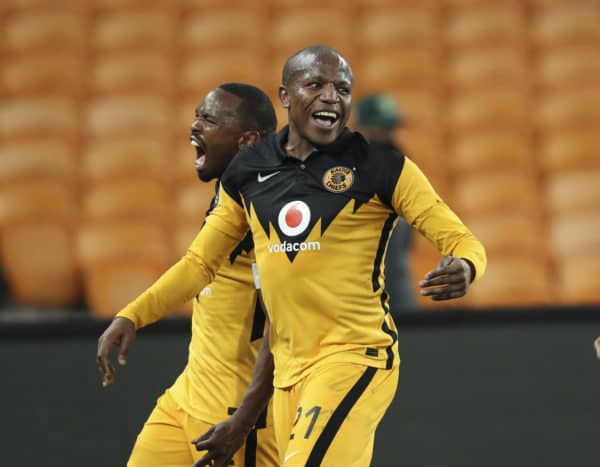 Kaizer Chiefs head coach Stuart Baxter has given an update on the readiness of Lebo Manyama to feature in Sunday’s DStv Premiership meeting with Mamelodi Sundowns.

ALSO READ: Are there cracks starting to show at Mamelodi Sundowns?

Manyama has resumed training with Amakhosi following a knee injury, but Baxter says he will only be ready to play from the bench against Masandawana.

“Lebo is training with us, when he started training we were rehabbing him into training, he had a deficiency in strength we were not happy with, so we did not put him in normal training,” said Baxter.

“He is now in full training and he played 15 minutes in a friendly game … at FNB Stadium (during the international break). He played very well … he is fired up and wants to be involved. We could play him on the bench (against Sundowns) but that is the maximum, I don’t think he can play more than 20-30 minutes.”

Baxter added that striker Leonardo Castro remains out of the side after an operation back in Colombia, while Dumisani Zuma and Siyabonga Ngezana are also out of action as they continue their rehabilitation from injury.

Chiefs will also hope Khama Billiat is fully recovered after a long journey back from international duty with Zimbabwe.

“We don’t have many players that can replace Khama, so we are looking to wrap him in cotton wool but we will certainly get him ready for the game,” said Baxter.