Innocent Maela, Richard Ofori, Zakhele Lepasa and Thembinkosi Lorch are all out injured. 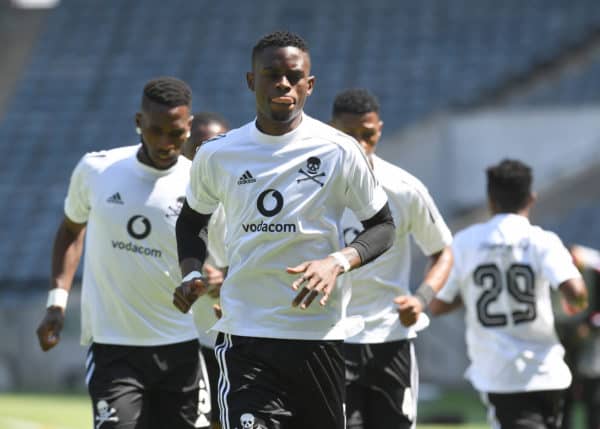 Orlando Pirates has given an update on four of their key players, who are working on recovering from respective injuries.

Innocent Maela, Richard Ofori, Zakhele Lepasa and Thembinkosi Lorch are all out for the team’s Chippa United clash, but Lepasa and Lorch have been confirmed to be out for a long time.

“Last week, coach Fadlu Davids revealed to the media that talisman Thembinkosi Lorch was out for the rest of the year. The news has since been confirmed by the medical department who reveal that the 28-year-old suffered a freak accident while at home which has resulted in Nyoso requiring shoulder surgery. The expected time for recovery of an injury of this nature is between 3-4 months.

“Meanwhile, Orlandopiratesfc.com can also confirm that Richard Ofori is expected to miss the DStv Premiership clash against Chippa United. The Ghanaian International, who suffered an injury while on international duty for the Black Stars, is still experiencing discomfort and pain on the site of injury,” read a statement on the Pirates website.

Furthermore, Lepasa is said to continue to be going rehabilitation for the fracture on his ankle he suffered since last year in December. The injury was a big blow for the striker and the club, as he was starting to pick up his best form in a Pirates jersey.

Maela, on the other hand, is also on a long term injury. The defender is expected to return to full training in three months after surgery on an adductor longus injury.

The mood in the Bucs camp should be high following their 1-0 victory over Swallows FC in the DStv Premiership tie last Saturday.

With the victory, Pirates have now collected five points in their opening three league games, after one victory and two draws. Bucs will now travel to the Eastern Cape, where they are expected to battle it out with the Chilli Boys at the Nelson Mandela Bay Stadium on Saturday.