The new Pirates player put on a good shift in the midfield. 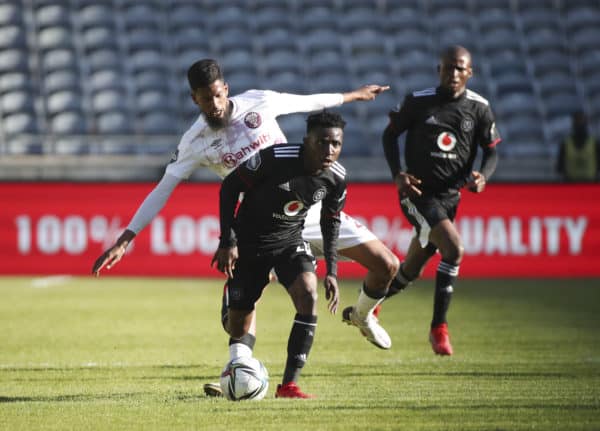 The new Pirates player put on a good shift in the midfield, as the club went on to record their first victory of the season when they edged the Birds 1-0 at the Orlando Stadium this past Saturday.

Davids says the former Golden Arrows player was key in the Buccaneers attack, which made the technical team very with his display.

“Never-die came into the team and fitted in so well. In terms of the group and cohesion with the other players. We know he is able to play in different positions,” said the former Maritzburg United coach.

“He was very key in terms of executing our high-press when we don’t have the ball and really smart in trying to find the spaces. Whether it’s between the lines, picking the ball up in a deeper position and then carrying it into the final third. So we’re really happy with his contribution, as it’s never easy coming in. He did start a bit slow as in his first two actions.”

Makhubela, however, started the game on a wrong foot, which Davids reckons it might have out any player off, especially during your first game at a huge club like Pirates.

But to see the midfielder growing stronger and stronger in the game, it says a lot about his quality and character.

“But then, he immediately settled in which shows a really strong character to be able to have no fear in making your debut for Orlando Pirates. When your first two actions did not go so well and then bouncing back to have such a performance.”

Having had a good performance and being applauded by the technical team, Makhubela will be keen on getting another start for Soweto giants when they take on Chippa United at the Nelson Mandela Bay Stadium on Saturday.