'Instead of focusing on who is not playing, let’s look at the huge improvements of some of these players,' said the Sundowns co-head coach. . 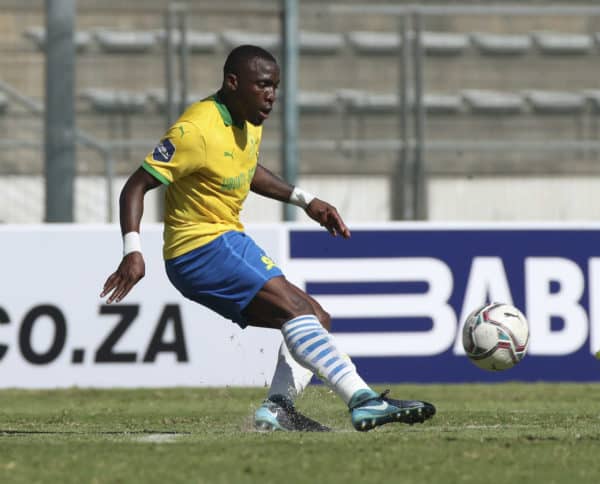 George Maluleka has not played for Mamelodi Sundowns yet this season. Picture: Gavin Barker/BackpagePix.

Lesedi Kapinga and George Maluleka were among the first players to join Mamelodi Sundowns ahead of the start to last season season, where they made 17 and 13 appearances respectively. But this season, neither of them have been selected.

However, their coach, Rulani Mokwena, insists that the duo are very much in the plans of the club.

For Maluleka, it is particularly hard for him to break into a midfield where Andile Jali is in fine form as the anchor, while Rivaldo Coetzee hardly sets a foot wrong as he seems to be an immovable bridge between defence and midfield.

While Mokwena insists there is no player-hierarchy at Masandawana, it is evident in the selection that Bafana international, Mothobi Mvala, Sphelele Mkhulise, Jali and Coetzee are preferred over Malukeka.

Meanwhile, Kapinga has to compete with arguably the best players in Downs’ dressing room, Themba ‘Mshishi’ Zwane and Gaston Sirino, making it difficult for the former Black Leopards star to get minutes under his belt, especially when the duo are fit and on form.

“We don’t have a pecking order, everybody is important because it is going to be a very long season. They are just as important as ‘Mshishi’ and Gaston. Lesedi is working extremely hard but he has had one or two medical concerns. Instead of focusing on who is not playing, let’s look at the huge improvements of some of these players,” said Mokwena.

He went on to question Bafana Bafana coach Hugo Broos’ constant overlooking of left wing-back Lyle Lakay, who has established himself as a set-piece specialist. He scores free-kicks at will and creates from either flank. Last time out, he delivered an assist to Grant Kekana from a free kick when the Brazilians beat rivals Kaizer Chiefs 2-0 at Loftus.

“If we look at the performances of Rushine De Reuck and Lyle Lakay – I still don’t understand why Lyle is not in the national team. But it is what it is. We try to focus on what we have to focus on and we try to improve our performances because those are the things we can control,” the Downs mentor said.

“What we can’t control and improve, we leave it over to the almighty and we ask God for his contribution because that is what life is about.”