'You are always going to be judged on your last performance,' quips the legendary Bafana goalminder. 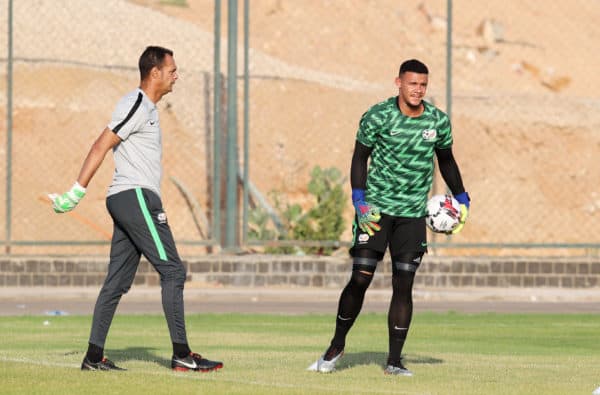 Ronwen Williams does not have the best of track records at Bafana Bafana, with his less enticing performances always eclipsing his best days at the office, but of late, he has been making up for his woes and has had a stellar start to life at Bafana under Hugo “Rick Flair” Broos.

Skippering the national side in recent times, Willams will lead the team this evening when they take on Ethiopia in the 2022 FIFA World Cup qualifier return leg at the FNB Stadium.

Now under the watchful eye of Grant Johnson at Bafana, who also happens to be his goalkeeper coach at SuperSport United, it goes without saying Williams’ club and international craft was largely moulded by experienced former Bafana goalkeeper Andre Arendse.

Arendse says Williams will need to always reproduce fine performances for Bafana if he is to remain the first choice goalie.

“Consistency is the word when you are playing at national team level. You are always going to be judged on your last performance. In his last game against Ethiopia, he made key saves to keep the team in it and that is because he has the qualities as a superb goalkeeper, they are natural,” Arendse told Phakaaathi.

“What we have to recognize is the challenge that he has in someone like Veli Mothwa – he is a goalkeeper who is in fine form – and when you have that kind of challenge breathing down your neck, it also helps you improve your game and Veli has been a fantastic asset to the national team at the moment.

“A lot of the stuff that he does at training is just reinforcements of things he already knows and we spent a lot of time working on his footwork, which is a huge skill in goalkeeping.

The natural ability with the hands is there but he has improved so much on his footwork and we can see with his distribution skills, he is among the best in the world,” he added.

The current Bafana goalkeeping department is made up of Williams, AmaZulu’s Veli Mothwa and Bruce Bvuma of Kaizer Chiefs. Arendse is pleased to see the pool of goalkeepers widening.

“We were a little bit concerned in the past in terms of availability. If we look at it realistically, we only had a complement of about four goalkeepers we can choose from who are ‘keepers playing regularly in their teams. It has been growing nicely now.”