Mosimane is not affected by fans’ behaviour 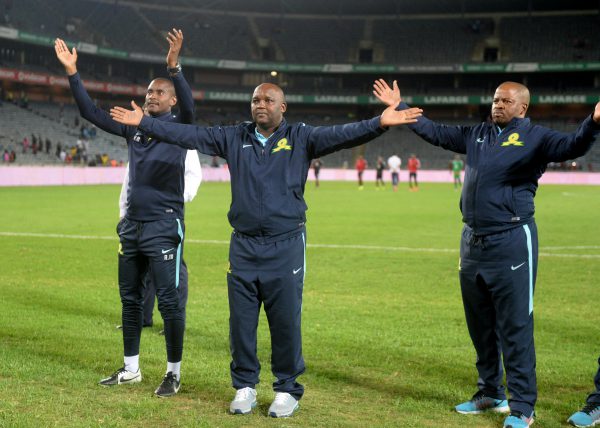 Mamelodi Sundowns coach, Pitso Mosimane, said he doesn’t take it personally when fans shout obscenities at him and call for his head when results are not favourable.

Earlier this season, Mosimane reportedly had to be escorted out of Chatsworth Stadium as fans wanted to manhandle him, calling that he be dismissed. But since then things have changed and his team is doing well and the fans are so happy they have even composed songs about him.

“UPitso lo, oweSandawana,” (This is our Pitso, he is Sundowns’ saviour) sang the fans as Mosimane and his technical team waved at them.

Asked about his improved relations with the fans, Mosimane opted for a more modest response, saying fans always want the team to win and therefore will fight with anyone they can when things don’t go as they wish.

“Coaches have pressure, nobody is on a honeymoon. Yu just have to shut your mouth and do your job. If you win, they will sing, but if you lose, they won’t,” said Mosimane.