Sundowns set to send reported Chiefs target out on loan

"It is known that Sundowns is a team that is demanding a lot from its players," said a source. 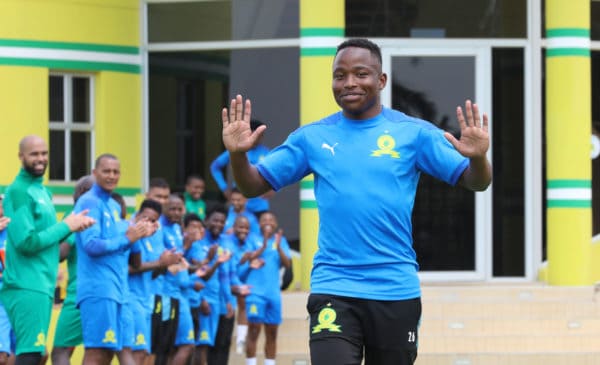 Mamelodi Sundowns are going to send Keletso Makgalwa out on loan, according to a source. (Muzi Ntombela/BackpagePix)

Phakaaathi has been led to believe that Mamelodi Sundowns attacking midfielder Keletso Makgalwa is one of the couple of players at the club who have raised their hands opting for a move away from the club, but in Makgalwa’s case, he could go out on loan.

The speedy 24-year-old spent a season on loan at Maritzburg United two years ago and he could look to move away to get more game time elsewhere.

“It is known that Sundowns is a team that is demanding a lot from its players,” said a source.

“If you are injured, for example, it is hard for you to come back because other players are going to lift up their hands and play while you are away. When you return to fitness, you can sometimes spend the whole season on the bench and it is probably why a player like Keletso would consider a loan move,” the source added.

Makgalwa was linked with Sundowns’ rivals Kaizer Chiefs towards the end of last season, but Amakhosi are yet to table an offer for the player.

Word is that Swallows as well as newly-promoted Sekhukhune are keen to take Makgalwa on loan until the end of the season.

Meanwhile, as previously reported, Phakaaathi has been led to believe that former Sundowns midfielder Tiyani Mabunda could be on his way to Swallows FC.

The Soweto side have showed an interest in the 33-year-old.

Sundowns are yet to release a list of players who they had to let go but it is the worst-kept secret that Mabunda is no longer with them, as the club decided against extending his contract when it ended last month.

Swallows showed interest in Mabunda last season but the veteran midfielder opted to stay at Chloorkop to fight for his place and endured a dry spell, sitting in the stands the whole season.