Manyisa is said to have impressed the club's technical team at training. 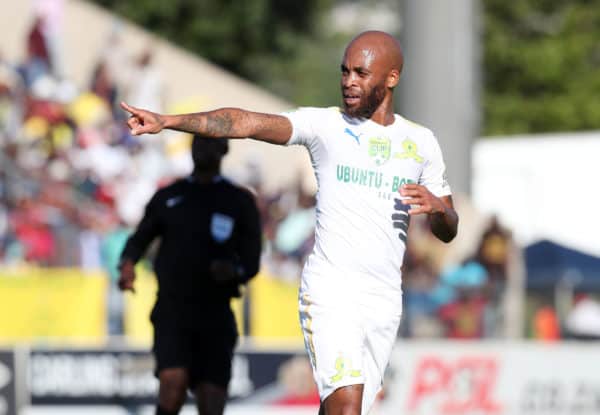 Oupa Manyisa is set to be unveiled by GladAfrica Championship side Platinum City Rovers after a couple of weeks of training with the team, an insider at club has revealed.

Manyisa is said to have impressed the technical team at training, with the player showing a lot of commitment and dedication to be part of the club.

Manyisa’s experience is said to be another major factor into signing the former Orlando Pirates and Mamelodi Sundowns midfielder.

“Oupa will be unveiled soon, maybe before our next league game. He has been coming to training and working very hard to show that he is serious about joining the club and giving his all. It’s not a matter of coming here to retire, but he is here to work and earn a place in the starting line-up. He has also been attending our games, so, it says a lot about him and his seriousness,” said the source.

“Everyone is happy with the way he has been carrying himself. He is a good professional and the young players are already looking up to him. They know what he has achieved in his career, and that’s what they want for themselves. So, that’s why the chairman and the rest of the management didn’t hesitate when it was suggested that he must be assessed. I’m just glad that everything has went well and all the parties are happy with the deal offered to Manyisa.”

Manyisa will finally have a new home after a spell with Chippa United in the second half of last season didn’t go well. The midfielder was offered a six month contract, but it was not renewed at the end of the season after the Chilli Boys appointed Gavin Hunt as the new coach.

Manyisa will certainly play a key role in helping Rovers on their quest to winning the championship title and getting promotion to the DStv Premiership, especially after their good start with the club having won their opening three games of the season.