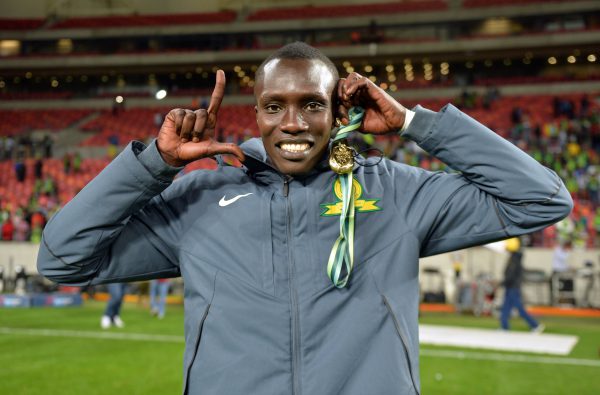 READ: Has Niang signed for Pirates?

Phakaaathi understands that the tall Senegalese striker was on the wanted list of teams like Kaizer Chiefs, University of Pretoria and Maritzburg United before Usuthu poached him and lured him to Durban.

“He is headed to Usuthu, the team will make an official announcement soon. Everything has been finalised. It is a huge signing for AmaZulu as they push for promotion,” said a source.

AmaZulu are now waiting on Sundowns to give them Niang’s clearance to finalise the move and register him with the PSL before the end of business day on Friday.

Niang spent the last six months at AEL Limassol in Cyprus but had to cut his loan spell short after the team faced some financial difficulties.

At Usuthu, Niang will link up with Siyabonga Nomvethe who joined Usuthu from Moroka Swallows early in January. Usuthu have also promoted two youngsters, Zolan Jingxi and Luyanda Hlongwa to the senior team.

READ: Niang loaned out to Limassol