Tottenham are stunned in the London derby. 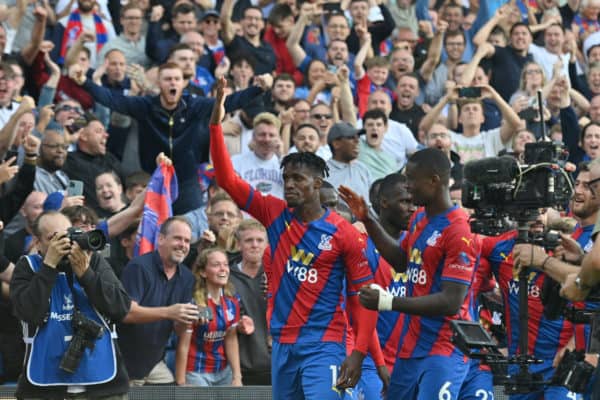 Crystal Palace ended 10-man Tottenham’s perfect start to the Premier League season as Wilfried Zaha’s penalty and a late double from Odsonne Edouard sealed a 3-0 win over the woeful leaders on Saturday.

Nuno Espirito Santo’s side had Japhet Tanganga sent off for two bookings in quick succession in the second half at Selhurst Park.

Zaha ensured Palace took advantage of their numerical superiority when he netted from the spot after Ben Davies’s handball.

Edouard came off the bench to wrap up the points with two goals on his debut following his £15 million ($20 million) move from Celtic in August.

Tottenham had started a league campaign with three wins and three clean sheets for the first time in their history.

But the north Londoners were unable to extend that run as they paid the price for a lacklustre display.

It was a sweet moment for Patrick Vieira as the former Arsenal midfielder secured his first win as Palace boss at the expense of his old club’s arch rivals.

Vieira, who lost just two of 18 league games against Tottenham as a player, had failed to win any of his first four matches in all competitions since succeeding Roy Hodgson at Palace.

Tottenham were well below their best without Son Heung-min after the South Korea forward suffered a calf injury on international duty.

Dier was clattered by Palace striker Jordan Ayew when the pair fought to reach a weak roll-out by Tottenham keeper Hugo Lloris.

In a scrappy first half scarred by misplaced passes and a lack of composure in the final third, Zaha was the lone bright spark.

He cut inside for a low drive that flashed just wide and created Palace’s best moment of the half moments later.

Lethargic Tottenham failed to muster a single shot in the first half.

When Lucas Moura ended that drought soon after the interval, the Brazilian’s effort — saved by Vicente Guaita — drew sarcastic chants of “we’ve had a shot” from the Tottenham fans.

Zaha and Tanganga were both booked after a scuffle following the Tottenham defender’s ugly foul on the Ivorian forward.

Tanganga was unable to keep his emotions in check and, just three minutes later, he earned his marching orders after lunging into another crude tackle on Ayew.

Left to play the last 32 minutes with 10 men, Tottenham went into self-preservation mode, defending deep in their own half.

But Palace’s pressure was finally rewarded in the 76th minute when Davies blocked Gallagher’s cross with his arm and Zaha stepped up to convert the penalty for his first goal this season.

Edouard piled on the misery for Tottenham in the 84th minute.

The French striker had been on for just seconds when he met Zaha’s cross with a clinical finish into the bottom corner with his first touch.

Edouard wasn’t finished yet and, in stoppage-time, he took Gallagher’s pass and guided his shot past Lloris to cap an incredible debut. 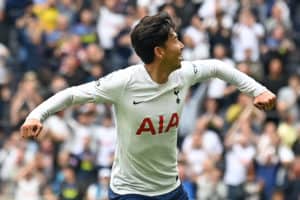 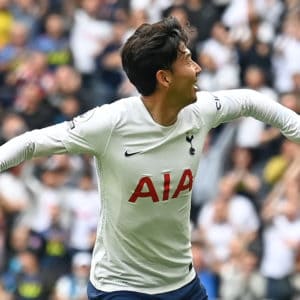 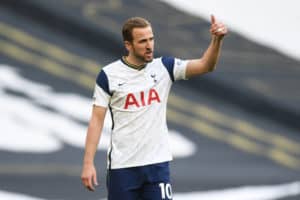 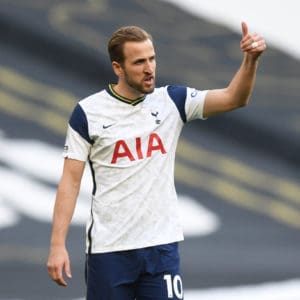 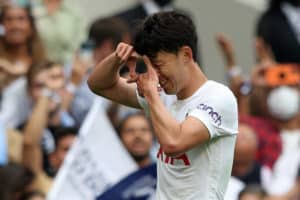 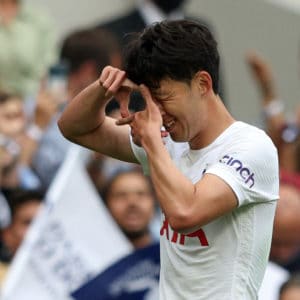 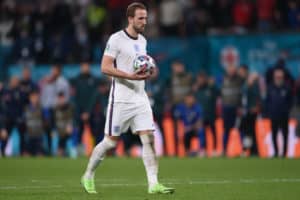 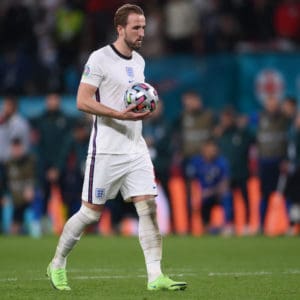