United begin their European campaign away to Young Boys in Switzerland on Tuesday. 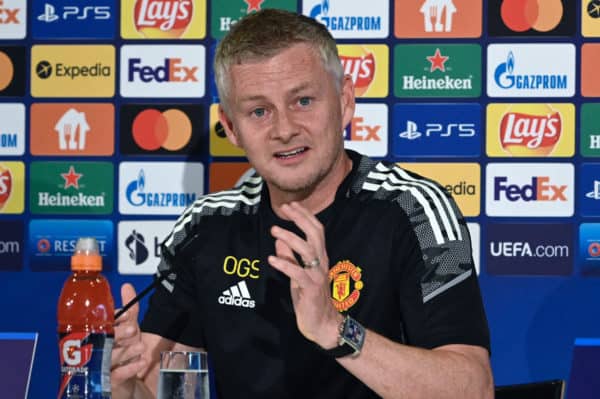 Ole Gunnar Solskjaer said on Monday Manchester United must have the ambition to win the Champions League after securing the return of Cristiano Ronaldo.

United, who begin their European campaign away to Young Boys in Switzerland on Tuesday, have last won the biggest prize in European club football in 2008, when Ronaldo scored in the final against Chelsea during his first spell with the Red Devils.

Since his departure to Real Madrid in 2009, United have only reached the quarter-finals twice as their fortunes faded following Alex Ferguson’s retirement as manager.

However, Ronaldo’s return added to a squad already packed with star quality that Solskjaer believes is now ready to compete with the best in Europe.

The 36-year-old enjoyed a dream return to Old Trafford by scoring twice in a 4-1 victory over Newcastle in the Premier League on Saturday and will be looking to add to his record 134 Champions League goals in Bern.

“The aim when we go into this tournament now is to go all the way,” said Solskjaer at his pre-match press conference.

“We’ve added some experience, quality and youth in the squad and hopefully we are better prepared this year for what is to come.”

United crashed out in the group stages of the Champions League last season and also failed to win the Europa League in the past two seasons under Solskjaer.

But the Norwegian is hoping those were growing pains on United’s road back to the top of European football.

“We’ve had enough disappointments,” he added.

“This team has grown and matured over the past few seasons. That was always the plan when I came in that now we look around with a squad with experience and quality that can challenge.

“With players like David (de Gea), Harry (Maguire), we are getting the spine in the team with experience and quality and of course with Raphael and Cristiano coming in they add that something extra you have to buy unless you win it four times yourself.”