Ashlinn Gray’s sound is a blend of Julia Michaels and Adele, enhanced by her whispy falsetto and powerful vocals. 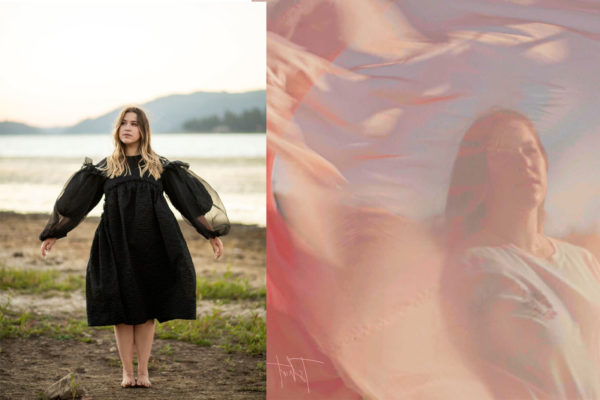 South African-born singer and songwriter, Ashlinn Gray, released a new single called Tshirt earlier this week. If you’ve been playing Adele’s Easy on Me on repeat, you will definitely fall in love with this song as well.

Tshirt is an ode to Gray’s high school sweetheart and long-term boyfriend. The couple, who have been together for eight years, live in separate parts of the world and haven’t seen each other in a year due to the Covid-19 pandemic and travel restrictions.

“He is originally from South Africa too and lives in London right now,” Gray told The Citizen during a recent interview.

“He is the biggest sweetheart you’ll ever meet and has been with me since day one. We started out as best friends. Fingers crossed I can see him soon. I’m hoping to visit him over New Year’s if the travel bans are lifted. The excitement is unreal,” the Battleships hitmaker said.

Gray’s previous single Best Friend celebrated self-love, whereas her new single Tshirt explores romantic love. The song is a raw and honest portrayal about the reality of long distance relationships.

“During our relationship, I’ve always worn T-shirts from my boyfriend. So many times I wore them inside out. As everyone experiences in relationships, wearing his T-shirt makes me feel closer to him when we can’t be together. And that exact moment and feeling encapsulates the song so well that it could not be called anything other than Tshirt,” the singer explained when we asked her why she chose this specific title for her new single.

Gray says she hopes listening to Tshirt makes people feel less alone, heard and hopeful when missing their loved one.

Since moving to Los Angeles three years ago, the artist’s career has been thriving, songwriting for other artists like Talia Jackson, getting through to Hollywood week on American Idol and landing her first major sync for her song collaboration, I’m Alive/Resurrection with Luke Gawn on the latest Marc Wahlberg movie, Infinite.

Gray began writing songs when she was only 16-years-old and released her self-titled debut EP. Her debut single Battleships made it to the iTunes top 40 and dominated the airwaves, charting on top radio stations across South Africa. Her release of NeedYourLove with Dr. Bone, produced by Sketchy Bongo, was part of a Coke Studios ZA TV series. This was followed by her pop single Nineteen, which charted on 5FM and Jacaranda FM. The song also came fourth in the International Songwriting Competition.

Does she have plans to visit her home country soon? The singer says she is really hoping to come to South Africa next year to do a couple of performances.

“You have no idea how much I miss SA. I need my dose of South African humans.”

Listen to Tshirt below: