Nurkovic back with a bang as Chiefs win at AmaZulu

Gavin Hunt's side pick up only their second DStv Premiership win in their opening ten league games. 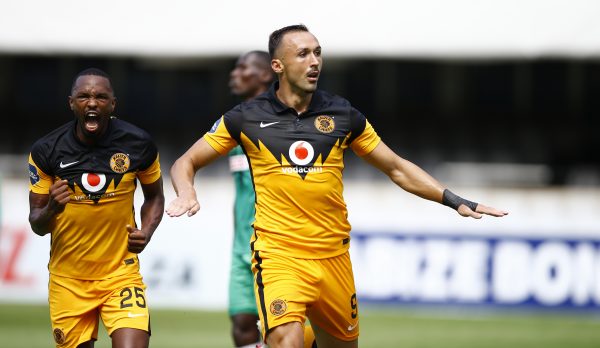 Samir Nurkovic of Kaizer Chiefs celebrates scoring his goal during the DStv Premiership 2020/21 game between AmaZulu and Kaizer Chiefs at Kings Park Stadium in Durban on January 13, 2021. Pic: Steve Haag/BackpagePix

Samir Nurkovic showed Kaizer Chiefs what they have been missing on Wednesday with an instinctive finish to give Gavin Hunt’s side a crucial 1-0 DStv Premiership victory at AmaZulu.

It was only Amakhosi’s second league victory of the campaign in ten matches, and if their performance was more grind than sparkle, it should give them a little more confidence in the midst of a busy January schedule

Nurkovic’s return to the starting line-up is a major boost, and good timing too on the back of a Chiefs injury crisis, with Khama Billiat out for two months with a broken leg and Leonardo Castro and Lebo Manyama both also missing the game against AmaZulu.

The Serbian had been out of the side for over four months because of a combination of a groin injury and protracted contract negotiations, but he was picked here by Hunt, following a 30 minute cameo off the bench in the 2-0 loss to Maritzburg United on Saturday.

And it took just 11 minutes for Nurkovic to hit the back of the net at Kings Park. It came from a mistake by AmaZulu’s Siyethemba Sithebe, who diverted a cross accidentally towards his own goal, but the Serbian showed his striker’s instinct as he turned and drilled a low shot past Veli Mothwa.

This was Nurkovic’s 1st goal for Chiefs since August, and it wasn’t just the strike that impressed, with his hold up play also typically strong, though the physical nature of his game also spilled over in a slightly nasty first half spat with Thapelo Xoki.

There were still some nervy moments for Chiefs, who have only scored eight goals in the league all season, and could not add to their one-goal advantage here.

Xoki put a Sithebe free kick inches wide in the second half, and in the seventh minute of stoppage time, Usuthu did bundle the ball into the back of the net after a free kick from Luvuyo Memela, but it the effort was correctly ruled out for a foul on Daniel Akpeyi.

In truth, Benni McCarthy’s side didn’t really do enough to break through Chiefs’ rearguard, with Anthony Agay and Daniel Cardoso both turning in excellent performances.

Substitute Lehlohonolo Majoro’s late effort, easily gathered by Akepyi, was their only shot on target in the entire match.