The Buccaneers have had a shaky start in 2021, which started with a 1-0 loss to Mamelodi Sundowns, before playing to a 1-1 stalemate against Swallows FC in the Soweto derby. 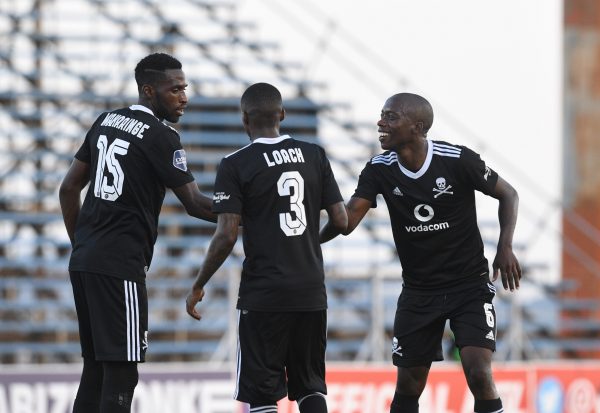 Orlando Pirates got their long awaited first win of the year after beating Tshakuma Tsha Madzivhandila 3-0 at the Thohoyandou Stadium on Wednesday evening.

The Buccaneers have had a shaky start in 2021, which started with a 1-0 loss to Mamelodi Sundowns, before playing to a 1-1 stalemate against Swallows FC in the Soweto derby prior to the TTM clash.

Pirates had a dream start into the game as a defensive error by Meshack Maphangule gifted Pirates an early goal. Vincent Pule snatched the ball away from the TTM defender, before laying the ball to Deon Hotto, who failed with his first attempt, but ensured that he finds the back of the net with the second in the 16th minute.

The Buccaneers almost got the second of the match through Fortune Makaringe, but the midfielder’s header went over the poles in the 27th minute.

At the other end, Thabo Rakhale could have easily found an equaliser for the home side after the half hour mark. But the former Pirates lobbed ball hit the cross before going out of play with only Wayne Sandilands to beat.

On his return to the starting line-up, Gabadinho Mhango showed his class with a well taken goal in the 39th minute to make it 2-0 for the Buccaneers.

Pirates were dominating the match as the visitors made more entries into the TTM half with the home side’s back four looking unsettled.

The match went into the break with Vhadau Vha Damani finding it difficult to break the Bucs back-line as Pirates clung into the driving seat.

There wasn’t much changes in terms of play in the early stages of the second half, with Pirates continuing to look more threatening.

After numerous efforts in their quest to find the third goal, it finally came through for the Buccaneers in the 65th after a brilliant play from Mhango. The Malawian played the ball to Lorch and the winger set-up Makaringe who made no mistake and calmly found the back of the net from distance as the Soweto outfit registers their first maximum points of the year.

With the victory, Bucs now jump to fourth place on the log after collecting 17 points from 10 games, while TTM are placed on 12th spot with nine from the same number of games.

Meanwhile, in Pretoria, SuperSport United edged Bloemfontein Celtic 2-1 at the Lucas Moripe Stadium to move second on the log.

Thamsanqa Gabuza and Bradley Grobler scored the goals for Matsatsantsa a Pitori while Victor Letsoalo scored the consolation goal for Siwelele from the penalty spot.