Orlando Pirates made it three wins in a row against Kaizer Chiefs as they beat the Glamour Boys 2-1 at the Orlando Stadium on Saturday. 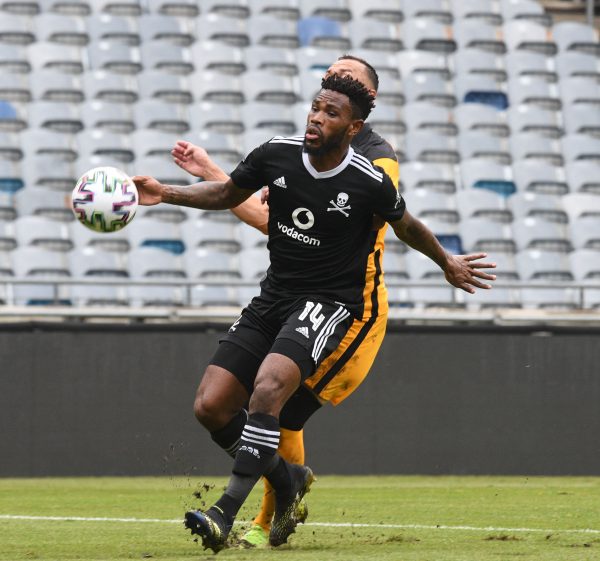 Bucs beat Chiefs 5-0 in the MTN8 semifinals over a two-leg fixture earlier in the season.

In this game, many would have predicted the Gold and Black side to walkway with a victory looking at their recent results. But it was Pirates who would come up best on the day as they claimed maximum points against their rivals even though Chiefs had a better start.

The first real chance of the game came through for Amakhosi just before the 20th minute and they could have easily got a goal.

But, Lebogang Manyama’s shot inside the box was blocked by Ntsikelelo Nyauza as the midfielder wasted the glorious opportunity.

Chiefs looked better than Pirates in the early stages of the game, especially on attack but their attempts at goals weren’t fruitful.

But it was Pirates who broke the deadlock. Thembinkosi Lorch was played on goal and he easily put the ball into the back of the net in the 40th minute to give Pirates the lead. The game went into the break with the Buccaneers in the lead.

In the second half, the Glamour boys of Naturena got the best opportunity to level the scores when Happy Mashiane was brought inside the Bucs box by Ben Motshwari.

Skipper Samir Nurkovic stepped up to take the penalty, but Richard Ofori made a one-hand save before Siyabonga Ngezana’s attempt from the rebound went off the target in the 53rd minute.

From then, it was end to end stuff from both sides and the home side shouted for a penalty in the 70th minute after Vincent Pule was pulled down inside the box by Reeve Forster.

But referee Luxolo Badi waved played on before a couple of Bucs players protested and he gave them yellow cards including Motshwari.

Pirates went on to extend their lead thanks to substitute Siphesihle Ndlovu who made it 2-0 for the Buccaneers following some great work by another substitute Paseka Mako on the left side of the attack as Ndlovu slotted the ball into the back of the net in the 80th minute.

Amakhosi got the consolation goal in the 85th minute through Daniel Cardoso’s header, but it wasn’t enough to get them back into the game.

Bucs ended up as winners on the day and conquered Amakhosi in their Soweto rivalry.