“The goalkeeping had been a problem… so, erhm, I thought it was possibly the right time to bring him (Khune) back,” said Hunt. 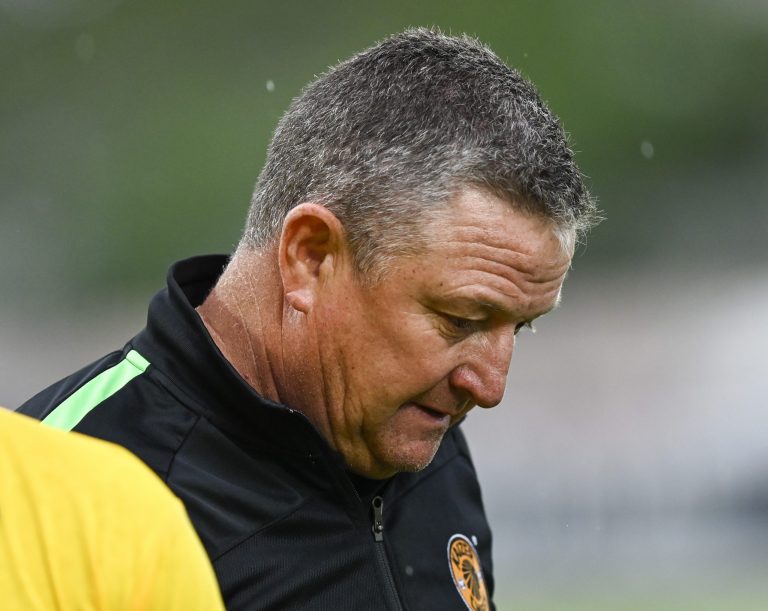 Gavin Hunt’s frustrations with his goalkeepers must be giving him sleepless nights but he said it’s an issue he can’t say too much about when asked about it after yet another keeper blunder cost them dearly this week.

Itumeleng Khune – who had been brought in ahead of Daniel Akpeyi for Wednesday’s DStv Premiership fixture against AmaZulu at FNB Stadium – mishit a clearing punch and handed Lehlohonolo Majoro a chance to score the winner for Usuthu.

A picture of Khune laying down on his back after the incident which circulated on social media afterwards told a story of a team in distress.

“It’s not the place nor the forum to talk about that… But yes it’s a big concern that I’ve had since I’ve been here,” said Hunt whose side slid out of the top eight and now trail log leaders Mamelodi Sundowns by a massive 18 points.

It was put to him that of the 19 goals conceded by Chiefs this season, 12 have been through careless goalkeeping and Hunt said it could be more.

“It’s something we have to keep working on and hopefully improve. But yeah, certainly it’s a bit more than that and it’s a concern.

“The goalkeeping had been a problem… so, erhm, I thought it was possibly the right time to bring him (Khune) back,” said Hunt.

Khune had been out of the team after the blunders he committed cost the team in the past games but it looks like he hasn’t gotten back his sharpness that made him the best in the country for a long time.

Hunt also addressed the Lebogang Manyama issue, saying the experienced attacker wasn’t giving what was expected of him and had to be pulled out 46 minutes after coming on as a sub in the first half, replacing an injured Happy Mashiane.

“He certainly didn’t give us enough in that position and so we made a change and Mshini (Nkosingiphile Ngcobo) did very well and made the pass which got us the goal, so we were right,” explained Hunt.

On the issue of the captain’s armband remaining win Ramahlwe Mphahlele even with Khune back, Hunt was very brief in his response.

“Rama is the captain,” was all the former Bidvest Wits mentor was prepared to say on the matter which started debates on Twitter.