Amakhosi coach, Gavin Hunt has put his faith on the Pietermaritzburg born lad to carry the team even in difficult games like in the Caf Champions League. 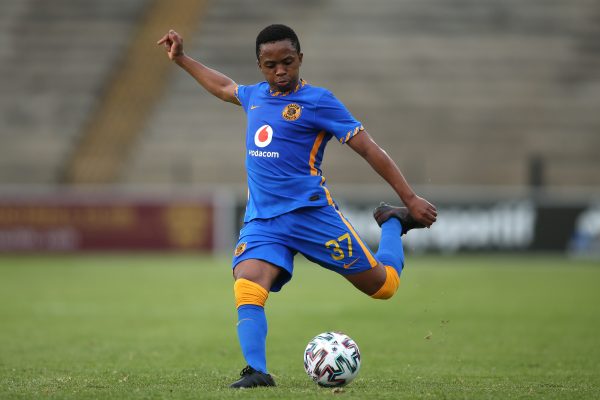 At just 21, it is a really big load that’s on his shoulders but Kaizer Chiefs’ pint-sized creative midfilder, Nkosingiphile Ngcobo is unfazed and has carried it with admirable confidence and success so far.

Amakhosi coach, Gavin Hunt has put his faith on the Pietermaritzburg born lad to carry the team even in difficult games like in the Caf Champions League.

Ngcobo – who has three goals already in the DStv Premiership spoke with so much exuberance some could mistake it for naivety ahead of Amakhosi’s second Group C fixture in the Champions League campaign.

The Naturena-based side play the previously abandoned fixture against Wydad Athletic of Morocco at Burkina Faso’s famous August 4th Stadium in Ouagadougou on Sunday.

“We are really excited as a team that we are going to play Wydad,” said Ngcobo excitedly. “We are well prepared for the game. What is good is that they are also not playing at home and I think it will be an interesting game.”

Amakhosi are third in the group after their midweek draw against Guinea’s Horoya Athletic at home. Horoya lead the group with four points, Wydad are second win three and Angola’s Petro de Luanda are fourth and remain winless after two games.

“I think it’s very important that we win this one so we can go to four points because the other teams in the group also won their games. We have to focus and win this one.

“I won’t lie, it is my time in this competition and there is not a lot that I know about this team (Wydad). (But) Everyone is physically and mentally prepared for he challenge,” said Ngcobo.

As a youngster, Ngcobo is obviously happy the more games he plays and is not fazed by the number of games the club have, and just wants to get on with it.

“I think when games come thick and fast, it is a test of our character as players and it demands that we always keep focused and ready without much of a break.

“It also gives us a chance to not break momentum and once we find rhythm in our play it will be good,” said the graduate of Amakhosi’s fancied development academy housed at their well equipped Naturena base.

It is Ngcobo’s first time going to Burkina Faso and he said he has been warned about the heat in the west African country.

“Yeah, I’ve heard that it is actually extremely hot in that country. But we have been told that we must always expect unusual weather conditions in this campaign. We just have to try and adapt quickly and get on with the business and enjoy ourselves at the same time,” he said.