Orlando Pirates made it three wins in three games after recording a 1-0 victory over Bloemfontein Celtic in a DStv Premiership fixture at the Orlando Stadium on Tuesday. 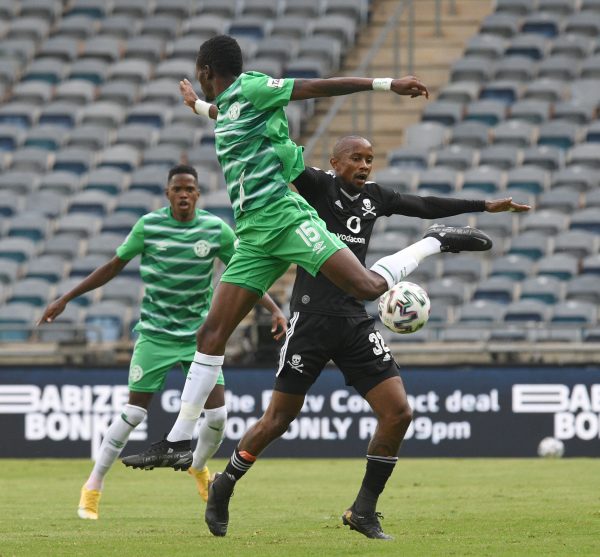 Pirates had beaten the club from the City of Roses in the reverse fixture of the league while also recording a win in a Cup final.

But, there was drama in this game as Celtic were forced to finish the clash with 10 players after Ndumiso Mabena got a red card late in the first half.

The Buccaneers were looking to continue with their good run in the Caf Confederation Cup and the Nedbank Cup and bring it into the league, where they haven’t really been convincing with their results.

Vincent Pule’s good effort in the seventh minute was unfortunately deflected out of play after some great work by the Pirates winger.

At the other end, John Maduka’s charges first attempt at goals came in the 20th minute from a set-piece.

But Mabena, who normally takes them well didn’t have luck this time around with his shot giving Richard Ofori no stress.

Pirates had an opportunity with Deon Hotto, but he was unlucky to see his acrobatic effort to have not found the back of the net in the 39th minute.

Just before half-time, Celtic striker Mabena was sent out for an early shower after a harsh tackle on Linda Mtambo.

In the second half, the Free State-based outfit had their first real opportunity to score in the 50th minute, but Victor Letsoalo was denied by Ofori.

Eight minutes later, Phunya Sele Sele came close to taking the lead again, but Ofori was on top of his game as the Pirates shot-stopper made a fantastic save to keep the score-line 0-0.

In the change of events after Celtic seemed like they would be the first to score, Fortune Makaringe dribbled past a number of the visitors defenders before striking home to give Bucs the lead two minutes after the hour mark. The goal ended up being crucial for Bucs, giving them the much-needed maximum points.

Pirates have now managed to close the gap with log leaders Mamelodi Sundowns to four points, while the Brazilians occupy first place on the standings with 36 points from 16 games. Pirates, meanwhile have now recorded 32 points after 19 games which puts them in third place on the table.

While Celtic remains in 11th place on the log with 18 points in the bag from 18 games.