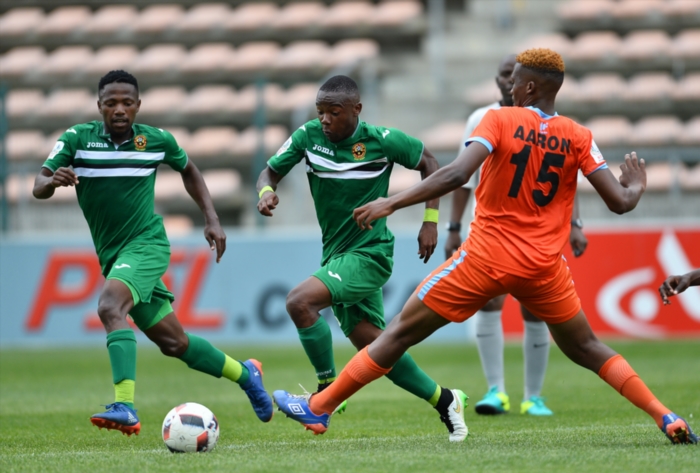 Tingwenyama, as Mbombela are fondly known in and around Nelspruit, have been steadily climbing up the ladder although they remain without a coach after parting ways with Vusi Mkhatshwa a few weeks ago.

They are currently eighth in the league with 17 points after 13 points, while Siyavutha are fourth with 21 points. The match promises fireworks if the teams’ recent form is anything to go by.

Spurs will be favourites going into the match though, coming from two consecutive wins in the league and Nedbank Cup preliminaries.

Royal Eagles will meanwhile want to put last weekend’s devastating defeat to KwaZulu-Natal neighbours, AmaZulu behind them and get back to winning ways when they host Jomo Sono’s unpredictable Cosmos.

Kosta Papic’s side failed to capitalise on their one man advantage over Usuthu and ended up suffering a 3-2 defeat in a hard fought match. But Papic should be happy with his side’s grit and will feel his players learnt some lessons in that match.

Eagles are second on the log with 22 points, seven behind leaders, Thanda Royal Zulu. Ezenkosi are sixth with 19 points, and have also been in good form lately and will pose a serious challenge for Eagles.

Thanda will also be looking to extend keep or extend their seven points lead when they host lowly Cape Town All Stars in Richards Bay tomorrow afternoon.

But the Cape side could find themselves lucky to find a demotivated Amabhubesi if news reports that suggested their coach, Roger Sikhakhane had quit are to be believed.

Sikhakhane didn’t travel with the team to Cape Town for Wednesday’s Nedbank Cup qualifiers where they suffered their first defeat of the season, losing 1-0 to Stellenbosch FC.

The Saturday Citizen has established that Sikhakhane has been working without a contract at Amabhubesi and stayed behind as a protest as he wants to be offered an official offer from the team that will ensure his future.