Black Leopards remain third while AmaZulu FC drop to fourth after the Limpopo based Lidoda Duvha scored a hard fought 3-2 win over Usuthu at Thohoyandou Stadium on Saturday afternoon. 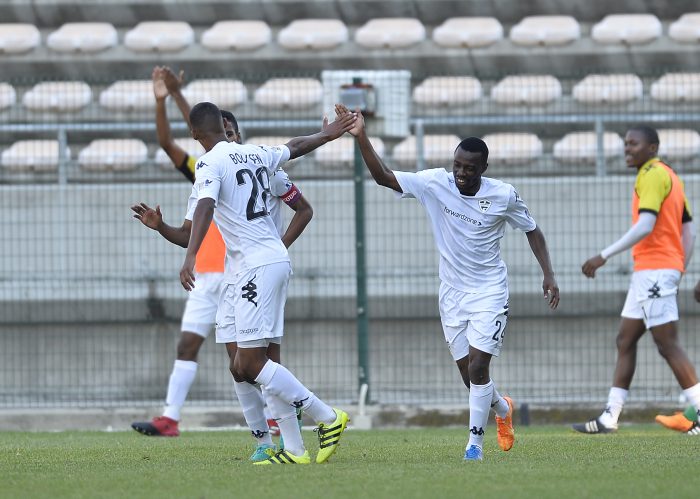 Lidoda Duvha had to come from behind after former Kaizer Chiefs forward, Ovidy Karuru put Usuthu in front just four minutes into the tie. However Jean-Pierre Luscuito’s team scored twice to go into the break 2-1 to the good.

Towards the end of the match, Usuthu got the equaliser through Mabhuti Khenyeza but it was quickly cancelled out and Leopards pocketed the full points which took them to 43, seven behind leader Thanda Royal Zulu who host Magesi FC on Sunday afternoon.

Mthatha Bucks’ promotion ambitions meanwhile took a huge knock following a 4-0 drubbing at the hands of Stellenbosch FC, also on Saturday afternoon. The win saw Stellenbosch jump to second place with the same number of points with Leopards, while Amathol’amnyama remain eighth with 36 points.

Milano United also suffered a huge bow as Witbank Spurs beat them 3-2 defeat to Witbank Spurs, and are now in real danger of relegation with four games to go. Should Magesi score an unlikely win over Amabhubesi on Sunday, Eezy My Kinners will drop to 15th.