Former Mamelodi Sundowns midfielder Isaac Shai has set his sights on coaching the South African national team in the future. 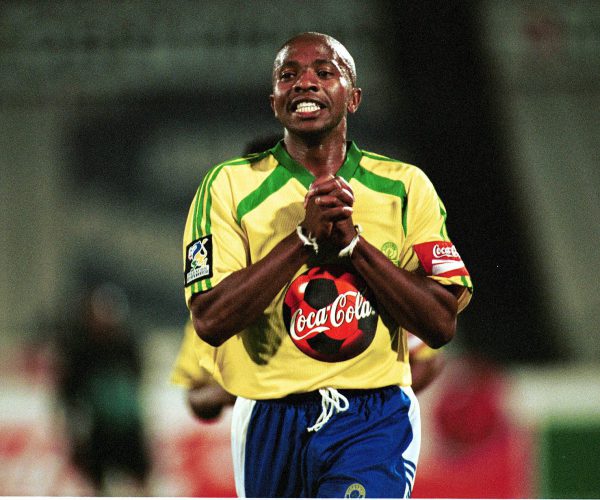 Shai believes Bafana Bafana have the potential to play in the World Cup finals in the future if they blood younger players in the team and place greater emphasis on preparing for a game. South Africa’s defeat to Senegal on Friday means they have still not made it through a World Cup qualification since Carlos Queiroz’s side got to the 2002 World Cup finals in Japan and South Korea.

The 46-year-old Sundowns Under-15 coach would ultimately like to work as a coach at national team level by graduating through junior national teams.

“I would like to grow and eventually work with the first team of Sundowns, but my dream is to coach the national team in the World Cup, and possibly win it,” said Shai.

“I was disappointed that we lost (to Senegal) and that is all I can say. They must play against top countries in Africa and the world to prepare for the important games, this will help us get used to the hostile environment in Africa.

“And we also need to have young players in the team as well as to keep the core of the team unchanged. Take the boys from the U-17s and U-20s and bring them into the Bafana Bafana team, the same way Germany is doing it. It shows you we could do better with youngsters,” said Shai.

Speaking on his transition from footballer to instructing those that are on the field, Shai says having to identify the qualities of each player and balancing that with a gameplan has been challenging – he admits that being a coach is more taxing than having the ball at his feet.

“I am currently working as a youth coach at Sundowns coaching the Under-15 team since I retired. I am the head coach of the academy. It was not easy to switch from being a player to coach, because as a player you know you have to play and you know what you need to do, as a coach you need to plan for each player and plan the style you want from the players for the game.

“I am enjoying the fact I am still part of football as a coach and the coaching courses have helped with preparing me for that,” said Shai.

Shai is one of many football legends that don’t have other interests outside of football but he does occasionally go to church. Isaac, the father of Siyabulela Shai, says it is important to remember that teams are made by a group of individuals and that it is unfair to single out any one player.

“I am working all week, I can’t think of anything I do that is not football-related, most of the things that I do are football-related, I am off only on Wednesdays. Fortunately the church I go to has services during the week, so I attend church when I am not doing football-related activities. I go on Sunday at times but mostly when I have time,” adds Shai.