MacDonald out to fry Chiefs

The last time Kaizer Chiefs met a team coached by MacDonald Makhubedu in a Nedbank Cup match there were some heated words exchanged at the end as Amakhosi cruised past Acornbush United last year. 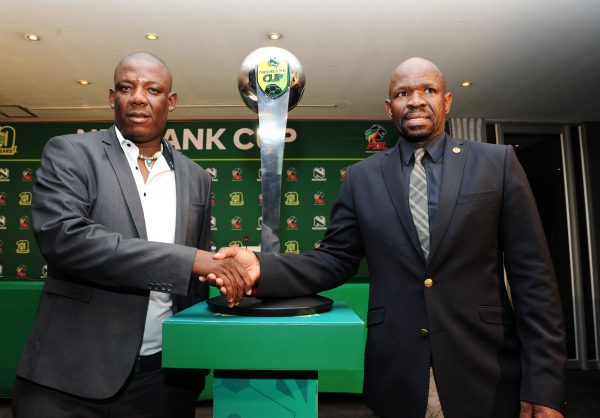 Makhubedu was just not impressed and highly critical of how Steve Komphela’s Amakhosi played as he felt they failed to give them a performance that his young side could learn from.

While he later apologised to Chiefs for his comments. Makhubedu will be on the bench again when Amakhosi play Baroka FC in a Ke Yona quarterfinal at Nelson Mandela Bay Stadium in Port Elizabeth on Saturday. And now with a bigger and more experienced team, perhaps Makhubedu will finally manage to get one over the Glamour Boys.

Makhubedu admitted that facing Chiefs will be a tough ask for his side but revealed that they would be going all out to move to the next round of the lucrative competition.

On top of Makhubedu’s personal rivalry with Amakhosi, Bakgaga have their own with the Naturena based side which started while they were campaigning in the amateur ranks. And Chiefs have only beaten Baroka once in six meetings thus far, though that did come in the league this year, Leonardo Castro netting a late winner.

Baroka left back Mpho Kgaswane may be new to the team but he knows the history between the two sides quite well and he said he expects a good game.

“Baroka and Chiefs games are always exciting. We unfortunately lost the last game against them, but it was a very good match,” said Kgaswane.

“What is special about this game is that it is a cup game and we want to see ourselves going as far as we can. Nothing is impossible in football and judging by the way we have been working at training, I am certain we will be able to achieve the result we want.”

Kambole brings something different to our attack, says Chiefs' Baxter
11 hours ago
11 hours ago

Kambole brings something different to our attack, says Chiefs' Baxter
11 hours ago
11 hours ago