Absa Premiership contenders Orlando Pirates could well have only one fully fit goalkeeper ahead of their league clash with Bloemfontein Celtic at the Orlando Stadium on Wednesday. 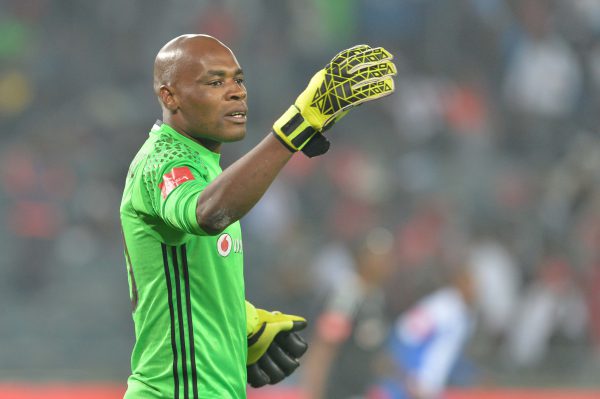 Only Siyabonga Mpontshane is currently in top condition to play in the Celtic game, with the Buccaneers’ two other keepers Wayne Sandilands and Jackson Mabokgwane out with injury.

Sandilands has a broken finger, while Mabokgwane has a groin strain.

The Buccaneers medical team has said that while Mabokgwane might recover in time to face Celtic, Sandilands is expected to be out for a while longer.

“The medical team has a task on their hands to ensure that either Sandilands (finger) or Mabokgwane – who recently sustained a groin strain, is ready in time for the Absa Premiership clash,” read a statement on the club’s website.

“According to the medical team, Mabokgwane is making good progress and is currently undergoing rehabilitation in the Strength and Conditioning department. Meanwhile, Sandilands, who has returned to some level of group training, is still at least two to three weeks away from making full recovery from his broken finger.”

READ: Micho reveals why Sangweni is not getting game time at Pirates

Adding to Pirates’ injury problems is midfielder Bernard Morrison, who has a groin strain and has been training alone.

Despite not being a regular, the Ghanaian has come to the party whenever he has been given his chance. In his 13 appearances for the club this season, he has managed to slot in four goals for the team.

“Meanwhile, in other injury news, midfielder Morrison is currently undergoing rehabilitation for a groin strain. The Ghanaian has not been training with the rest of the squad as he has been experiencing some pain and discomfort in the affected area,” continued the Pirates statement.

Bucs are second with 42 points, just one point behind leaders Mamelodi Sundowns who have a game in hand.

The Soweto giants will head into this clash having won four of their last five league matches, suffering only one defeat.

Celtic, meanwhile, were knocked out of the Nedbank Cup by Maritzburg United last Friday, but have won two of their last three league games, with top scorer Ndumiso Mabena, a former Pirates striker, netting the winner in their most recent league match at home to Platinum Stars.