Orlando Pirates midfielder Linda Mntambo says it was important for the Buccaneers to get back to winning ways following their Telkom Knockout defeat at the hands of Baroka on Saturday. 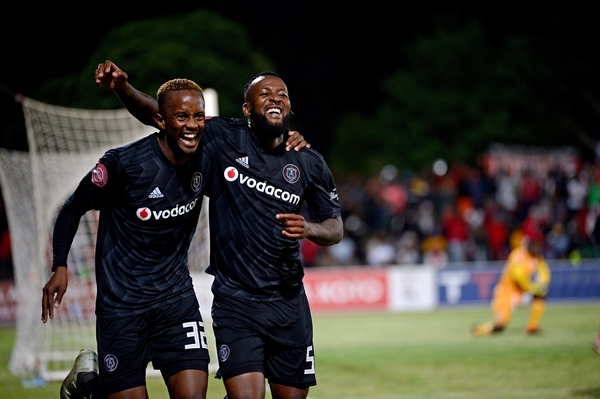 Mntambo, who has not been used regularly in the team produced a Man-of-the-Match performance during their 3-1 victory over Free State Stars at Goble Park on Tuesday night.

The win saw the Soweto Giants maintain their position at the top of the Absa Premiership table with 27 points after 15 games in their last league game for the year.

“Playing for 90 minutes was really great, thanks to the coaches for giving me an opportunity. We had to bounce back after losing the final, so we had to show character and make sure we scored,” said the former Chippa United player.

“We started off slowly in the second half and allowed them to score, which got them back in the game. But at least we managed to come back stronger and scored the goals that mattered.”

Team-mate Thembinkosi Lorch shared Mntambo’s sentiments in their eagerness to forget about the TKO defeat and bounce back stronger.

The winger opened the scoring for Bucs, before striker Justin Shonga and Mntambo increased the lead.

Lorch added it was vital for them to get the victory so that they can stay on top of the table.

“The win was important to stay on top (of the league standings), so that we should continue like that when we come back next year.

Meanwhile, head coach Micho Sredojevic says their ultimate target was to make the club’s supporters happy, adding that they will continue with their recovery in their next game on the Caf Champions League tie against Namibia’s African Stars starting with the first leg at the Orlando Stadium on Saturday.

“Our main target was to put the smiles on the face of our supporters and to bounce back strongly. With the win, we have taken one tablet, there are two more tablets to take, that is in the first leg of our Champions League match at home and away from home in Namibia and we should have fully recovered from the Telkom Knockout setback,” said the Bucs coach.