It was wrong to field Khune – Middendorp

He said if it were under normal circumstances, he would have rested Khune and brought him back again on Tuesday when they meet Golden Arrows. 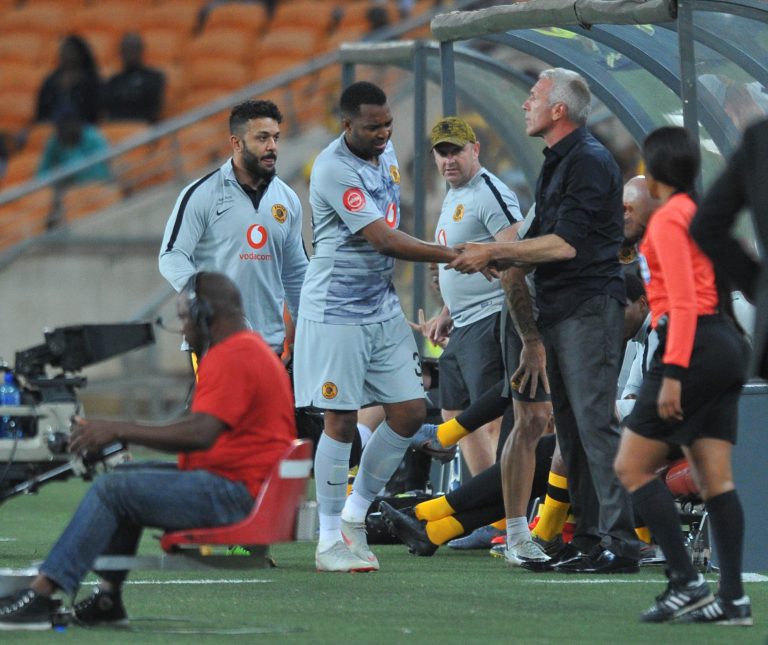 Kaizer Chiefs coach Ernst Middendorp came close to admitting he was pressured to play goalkeeper Itumeleng Khune even though he felt he was not fully ready to play two games in a space of four days after returning from a lengthy injury.

The “fear of being chased out of the stadium” forced the German to field Khune in Saturday’s 1-0 win over Baroka FC. But Middendorp’s worst fears became a reality when Khune had to be taken off after just over 35 minutes with an injury. The details of the injury will be furnished later but Middendorp estimated he could be out for at least two weeks.

He said if it were under normal circumstances, he would have rested Khune and brought him back again on Tuesday when they meet Golden Arrows.

“A player like Itu Khune has not played in eight months, and we used him against AmaZulu and it was a very intensive game too. Three-and-a-half days later he is again on the field.

“He should not have been on the field. If you go with normal circumstances you start with Daniel Akpeyi, Khune comes back on Tuesday – one week later. It was too much. That is what we have to see in a professional club. I was aware about it but I didn’t want to be chased away,” he explained.

“We wanted the three points which will help us realise our target at the end of the season and we got them.” Middendorp also said those who still have doubts over Akpeyi who had to take over when Khune got injured and gave a Man-of-the-Match performance, need to take a look at themselves.

“I have said it already – if there is still somebody who doubts the quality of Daniel Akpeyi, then I must say I can’t help them. Coming in and taking a position in such a way shows his quality and grown-up mentality. If somebody has deserved it over the last nine months it is Akpeyi.”