Swallows could have beaten Sundowns if they weren’t tired – Truter

“I think we were really tired hey... we can’t run away from that. They had extra batteries and it counted in the end but in the tiredness we could have gone 1-0 up.” 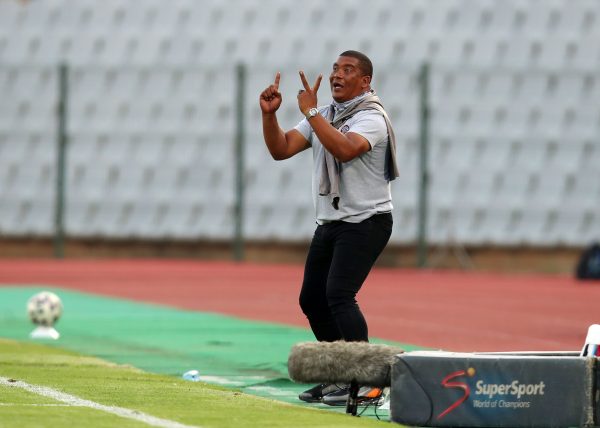 Thos are the words of Swallows FC head coach Brandon Truter, who insisted that the Birds could have flown away with all three points from the Lucas Moripe Stadium where they managed to snatch a point at the death against Mamelodi Sundowns.

It was Musa Nyatama who scored the equaliser with a header in practically the last play of the game to salvage a point for Swallows after Kermit Erasmus had put Masandawana’s noses in front just before half-time.

“With fatigue the technique goes out of the window. On a better day or with extra rest it would have been a different score-line. The second half was much better, the boys gave it their all and they played for one another and the club as well. Once we were fresh in the first half we got into the spaces we wanted and they tried to stop us but the pressing in the end paid off.

“I am happy about that, the character, the winning mentality, we fought for that so well done to the boys,” he added.

The Swallows mentor also took a swipe at his counterparts at Sundowns, accusing one of their co-head coaches – without mentioning a name – of outsourcing tactics on social media. He is supposedly speaking of Rulani Mokwena who discussed the match in detail ahead in an interview with the SABC earlier this week.

“Our tactical structure is different from other teams. They have three coaches and I saw that one of the three coaches putting out tactics all over social media and trying to get other coaches involved, so maybe they needed more on the bench than them,” said Truter.