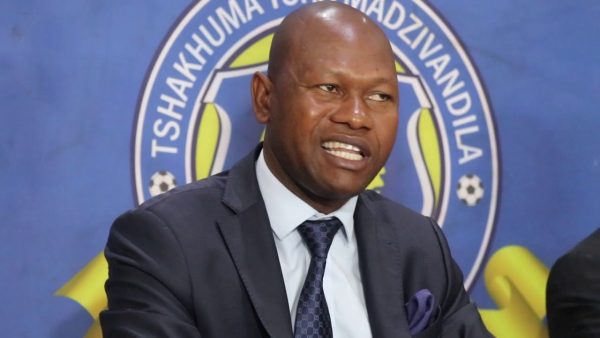 The executive committee of the Premier Soccer League (PSL) has approved the sale of Tshakhuma Tsha Madzivhandila from Masala Mulaudzi to Abram Sello.

As Phakaaathi reported yesterday, Mulaudzi filed all the necessary documentation as he wanted to get rid of the club that almost bankrupt him six months after acquiring it.

Mulaudzi had bought the status of Bidvest Wits at the end of last season, but financial difficulties have forced him to sell on to Sello.

TTM’s season got off to an inauspicious start as they were only able to field three outfield players on the bench in an MTN8 quarterfinal against SuperSport United, because they hadn’t registered enough players in time for the start of the campaign.

The side also announced a flurry of new signings before the season began, but only a few of them ended up actually signing for the club. Continuous reports followed that TTM were not able to pay their players on time, and it soon became clear that this was a club running into an immediate financial crisis.

The PSL did stipulate in approval of the sale of TTM that the existing players’ contracts had to be honoured by the new owners.

“The Executive Committee of the League today considered an application submitted by the Black Gold Trust to transfer the club, Tshakhuma Tsha Madzivhandila to a corporation by the name of Protoscape 202 CC,” read a statement from the PSL on Thursday afternoon.

“The application for approval met the requirements of Article 14 of the NSL Handbook, and was consequently approved albeit with conditions.

“The conditions imposed by the Executive Committee included that: the contracts of employment of all players are transferred to the Purchaser; disputes that may exist will be dealt with by the corporation; and any awards or rulings handed down must be satisfied by the corporation.

“The club will continue to campaign as Tshakhuma Tsha Madzivhandila.”

Phakaaathi however understands that the club will move from their current base in Venda to Polokwane.
For more news your way, download The Citizen’s app for iOS and Android.