Bongani Zungu got in trouble at Glasgow Rangers for breaching COVID-19 regulations and Itumeleng Khune has been in poor form at Kaizer Chiefs. 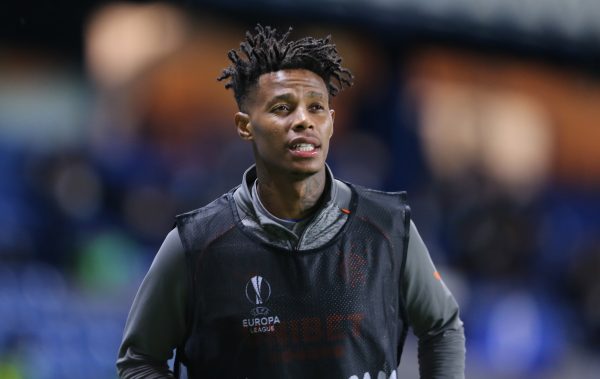 Molefi Ntseki says he had heart-to-heart conversations with both Bongani Zungu and Itumeleng Khune before selecting the pair for the Africa Cup of Nations qualifiers at the end of this month.

Bafana will play Ghana at FNB Stadium on March 25 and then travel away to play Sudan three days later. Ntseki’s side are currently joint-top of their qualifying group, alongside Ghana, with nine points from four games, but Sudan trail by just three points and it promises to be a tense struggle for the two available places at next year’s Afcon finals.

Zungu has been battling for gametime since joining Glasgow Rangers on loan in October, and recently landed in hot water with the Scottish giants after breaching COVID regulations by going to a party with some teammates.. At one stage, it appeared his Rangers career was over, but after apologising, the midfielder has returned to the squad, coming off the bench in a Europa League win over Antwerp and in a Scottish Premier League win at Livingstone.

“The club had a DC (disciplinary hearing) and decided to address it (his behaviour) in the way they have, and he was in the team in the Europa League. We respect the independence of the club, but because he is a national team player, we had to address the issue,” said Ntseki.

“I spoke to Bongani after the DC, and he explained what happened. Hopefully he has learned. I saw an Instagram post where he said people were building walls to block his path. I told him that the only person that can block his parth is Bongani Zungu.”

Khune was also in the squad for the previous two Afcon qualifiers against Sao Tome, but his call-up is still a surprise because the former Bafana number one’s goalkeeping has been poor at Kaizer Chiefs for much of this season.

Only this weekend, he made some questionable errors as Chiefs were hammered 4-0 by Wydad Casablanca in the Caf Champions League.

“When it comes to … Khune, he made glaring mistakes against SuperSport and Black Leopards. When I spoke to (goalkeeping coach) Lee Baxter about the situation he said they brought Khune into a meeting to find out what happened. Khune explained it was ‘just one of those mistakes’ you want to forget as soon as possible,” added Ntseki.

“Recently I also spoke to Itumeleng about his situation, we had a lengthy telephonic discussion and he explained what he is going through. When it comes to training the coach (Gavin Hunt) is very happy with him. Based on his attitude at training the club felt they should give him a chance. And he has doing well apart from conceding four against Wydad on the weekend. Any human being has bad patches in life. Itumeleng Khune is no different.”