Kaizer Chiefs finally get a win as they beat Petro

Kaizer Chiefs beat Angolan side, Atletico Petro de Luanda 2-0 at FNB Stadium on Saturday evening to get their first set of full points in Group C of Caf Champions League. 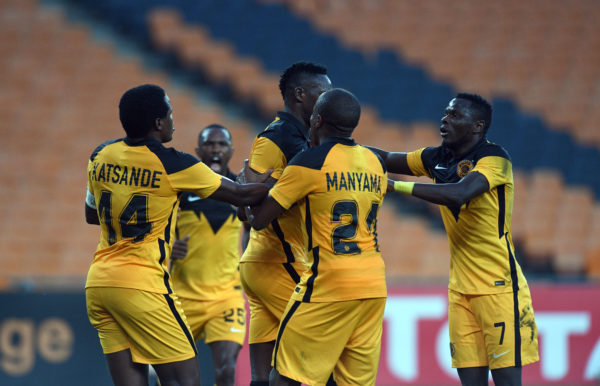 It could have been a bigger margin win for Kaizer Chiefs but coach Gavin Hunt should be happy to have got a win which has become rare at Amakhosi under his guidance.

Chiefs beat Angolan side, Atletico Petro de Luanda 2-0 at FNB Stadium on Saturday evening to get their first set of full points in Group C of Caf Champions League.

The win kept Chiefs in third place but they are now equal on point with Horoya Athletic, but the Guinean side are above on goal difference.

Chiefs got off the blocks quicker and bossed the game and could have found an early goal. Without their trusted strikers in Samir Nurkovic and Leonardo Castro, it was always going to be difficult for Amakhosi to make proper headway up front.

Their dominance however only paid off after 30 minutes. Erick Mathoho, who has been a noticeable absentee in the Amakhosi team in the last few games, reintroduced himself team with a well taken header to put the home side ahead.

A goal or two could have come from Chiefs after that as they continued their dominance. Mathoho was a constant threat in set piece situations and came close to a second a few minutes later, but typically ballooned his effort over from just inside the box.

The second half was more of the same with Chiefs still dominant and they came close to a second goal in the 61st minute but Daniel Cardoso was unlucky to see his header hit the upright, which was also from a corner kick.

A few minutes after that, Happy Mashiane could have done better when he was set through on goal than to take a hurried shot that went straight to he keeper who parried it out.

He however made up for it in the 79th minute, running a maze through the Luanda defence before unleashing the ball into the net to make it more comfortable for Amakhosi.