Pirates satisfied to make a point in sizzling Accra

Josef Zinnbauer said the heat was a factor as the Buccaneers drew 0-0 with Algeria's ES Setif. 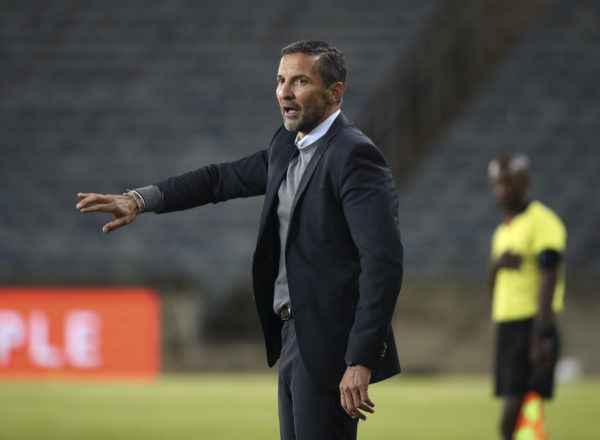 Orlando Pirates coach Josef Zinnbauer says it was vital for his charges to at least get a point in their Group A Caf Confederation Cup clash with ES Setif at the Accra Sports Stadium on Wednesday night.

The Buccaneers found it very difficult to get past the Algerian outfit, who had better chances in the game.

Zinnbauer cited hot weather conditions and the pitch as making it difficult for his charges, and they will now hope to build on this steady start to their group stage campaign against Enyimba on March 17 at the Orlando Stadium.

“It was a different environment, which is very hot, the grass was also very long, but it wasn’t that bad,” said Zinnbauer.

“You could see the stadium is very big, and we have to accept it, because we have to play, that’s the important thing. It was the same situation for the opponents as well. But it was important for us to have a good start, with a minimum of one point. We will have to see what happens in the home game,” said the Bucs coach.

Zinnbauer was also impressed by his opponents in Accra.

“But again, this was was not an easy game, it was a big game against a big club. They have good quality in the team. They work very well with and without the ball. It was a very tough game for us.”

Meanwhile, the result for Pirates also saw the club extending their unbeaten run to nine games in all competitions. Their next match is against Enyimba followed three days later with a DStv Premiership Soweto derby against Kaizer Chiefs.