Chiefs striker Nurkovic working hard to get back to his best

The Serbian attacker has had a slow return to the side after spending a few months on the side-lines nursing an injured uncured last season. 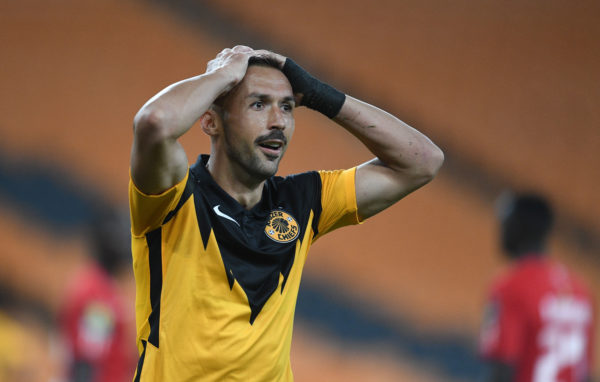 Kaizer Chiefs’ most lethal striker from last season, Samir Nurkovic has revealed his desire to get back to the form which saw him become an instant hit with the Amakhosi supporters.

ALSO READ: Chiefs players are giving me their all – Hunt

The Serbian attacker has had a slow return to the side after spending a few months on the side-lines nursing an injured uncured last season.

He says not having been with the team during preseason, and jumping back into games when he recovered has had an effect on his displays. Nurkovic has scored just once in over 10 games since his return.

“I am trying my best to get to where I was before and hopefully Sunday will be my day,” said Nurkovic on Thursday morning.

Asked if it has been frustrating to be unable to replicate last season’s form, he said he has been focused more on getting back to his best than worrying.

“Not at all, there is a big difference. When I came last season we had a month and half to prepare. But now I didn’t have preseason. I came from recovery straight into the games.

“I just have to work hard and hope that the next game will be the game for me.”

Nurkovic believes scoring in the Soweto derby could just be what he needed to get switch his scoring touch back on.

“It’s every player’s dream to score in a derby. It will be obviously be difficult without the supporters, they’ve been out 12th player,” he said.

Amakhosi will be weakened as they will not have some of their experienced campaigners with Khama Billiat and Leonardo Castro still out with injuries, while Itumeleng Khune is on compassionate leave following the unfortunate death of his sister.

Lebogang Manyana will be serving a suspension after collecting four yellow cards. Nurkovic however says the available players are capable and should be good enough for this game.

“We try to stay positive all the time even when we lose the big players. We have a lot of young players in the team right now. We have to stay focused on this game.”