“We had the three points… but we made two individual mistakes at the back and Chippa punished us," said Swallows head coach Brandon Truter. 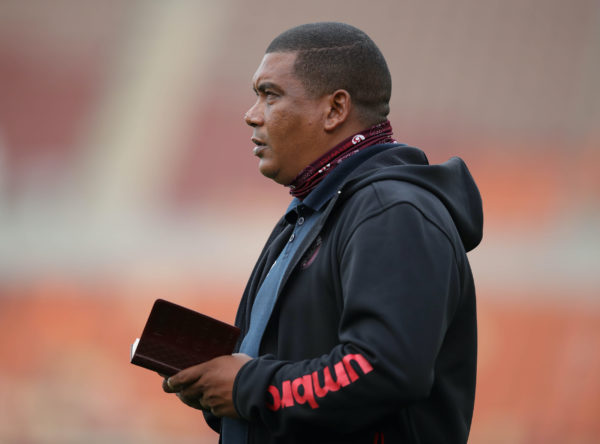 It was clearly a difficult result to accept for Swallows FC coach, Brandon Truter and disappointment was written all over his face after their 2-2 draw away at Chippa United in a DStv Premiership match on Saturday afternoon.

The Dube Birds got off to a good start and were leading 2-0 within ten minutes, with goals by Kgaugelo Sekgota and Ruzaigh Gamildien.

But by half time the Chilli Boys had halved the deficit and proceeded to find an equaliser in the second half, also coming close to winning the match, while the Birds also had Gamildien sent off for dissent.

“It was a game of two halves… urhm, yeah I am disappointed with the result … having a 2-0 lead and then blowing it and coming out with another draw is a bit disappointing,” said Truter afterwards.

“We had the three points… but we made two individual mistakes at the back and Chippa punished us.

“It’s been ongoing now for a couple of games now and we’ve been conceding soft goals, so it’s definitely something to look at,” he added.

The draw denied the Birds a chance to move up the table as they remain fifth in the standings, and now seven points adrift of leaders Mamelodi Sundowns.

“On the plus side, we scored two goals so it is something to be happy about but it is spoiled by the rate at which we are conceding.

“It’s a point away from home, so we will take it but after losing the three points it’s not nice.”

Swallows now go into the Fifa international break, and will only be back in action of April 3 when they host Golden Arrows at Dobsonville Stadium.

They will however be without their top marksman, Gamildien who got sent off for dissent. Truter admitted that it is a blow to lose him, but said the red card was a suitable punishment for what he did.